What can we learn from the life story of Moses? 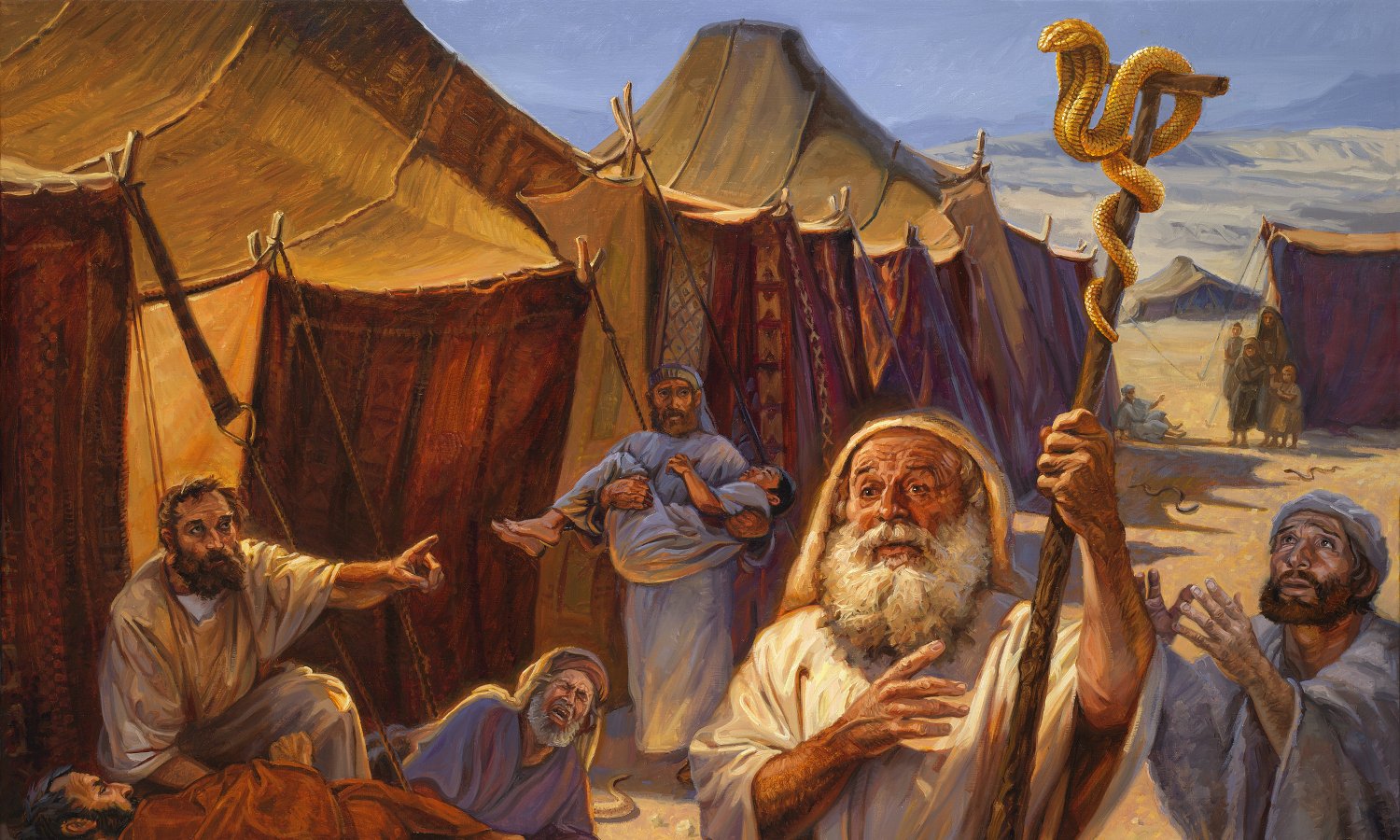 Moses is one of the most prominent people in the Bible. He played a major role in establishing Israel as a nation and was an important prophet who delivered God’s laws to the people and wrote the first five books of the Bible (apart from some minor parts). The story of his life is told in the books of Exodus, Leviticus, Numbers and Deuteronomy, but later Bible books also refer back to him. He is the prophet most often cited in the New Testament -particularly by Jesus.

The book of Genesis records how God chose a man called Abraham to play a special role in history. His descendants would become a large and blessed nation in the land of Canaan, and through them all other nations would be blessed as well. At the end of the book of Genesis, Abraham’s grandson Jacob (also called Israel) died in Egypt and his descendants continued to live there for a couple generations.

The second book of the Bible, the book of Exodus, starts by describing how Abraham’s descendants “were fruitful and increased greatly; they multiplied and grew exceedingly strong, so that the land was filled with them” (Exodus 1:7). They were growing from a family into a people. This led to major problems, however, since the Egyptians started to see them as a threat. They oppressed the Israelites and made them work as slaves. They even killed their baby boys (Exodus 1:22). The people cried to the Lord for help.

At this time, an Israelite mother had a baby boy. She tried to hide him from the Egyptians to save his life, but as the baby grew older, this became almost impossible. Therefore, she made a waterproof basket, and put her child in this basket among the reeds by the river bank. Pharaoh’s daughter came down to bathe at the river, found the basket and adopted the baby, whom she called “Moses”. She brought him up as her own son.

The book of Acts summarizes what happened next:

“And Moses was instructed in all the wisdom of the Egyptians, and he was mighty in his words and deeds. When he was forty years old, it came into his heart to visit his brothers, the children of Israel. And seeing one of them being wronged, he defended the oppressed man and avenged him by striking down the Egyptian. He supposed that his brothers would understand that God was giving them salvation by his hand, but they did not understand. And on the following day he appeared to them as they were quarreling and tried to reconcile them, saying, Men, you are brothers. Why do you wrong each other? But the man who was wronging his neighbor thrust him aside, saying, Who made you a ruler and a judge over us? Do you want to kill me as you killed the Egyptian yesterday? At this retort Moses fled and became an exile in the land of Midian, where he became the father of two sons” (Acts 7:22-29).

The book of Hebrews looks back on this episode in Moses’ life and says that his decision to be mistreated along with the people of God rather than to enjoy the fleeting pleasures of his life as an Egyptian prince, was a proof of faith (Hebrews 11:24-25).

When Moses left Egypt, he was forty years old. After spending another forty years in the land of Midian, the Lord God appeared to Moses and made Himself known as “the God of your father, the God of Abraham, the God of Isaac, and the God of Jacob” (Exodus 3:6), but also as “I am who I am” (Exodus 3:14).

Moses was called by God to deliver the people of Israel. He did not want to, at first, since he considered himself incapable of such a task. But God told him to go anyway. His brother Aaron would accompany him. Moses and Aaron went to Pharaoh and told him: “Thus says the Lord, the God of Israel, Let my people go” (see Exodus 5:1 and many more places). But Pharaoh did not want to let them go at all. It took ten supernatural plagues to convince him that he had no other choice. His stubbornness left his country in ruin.

Moses as a leader

When the Israelites finally left Egypt, Moses was their leader. He told the people what the Lord God wanted them to do, where they needed to go, and so on. This was not an easy task! They were traveling through the wilderness for months with an enormous group of people, including babies and elderly people, and they had to take all their possessions and their cattle with them. The people frequently complained about a lack of food, water, and so on. They were “a stiff-necked people” (Exodus 33:3) who rebelled against God and made Moses responsible for their difficulties.

“But the people thirsted there for water, and the people grumbled against Moses and said, Why did you bring us up out of Egypt, to kill us and our children and our livestock with thirst? So Moses cried to the Lord, What shall I do with this people? They are almost ready to stone me.”

Moses’ task was incredibly difficult. But he was a good, God-fearing leader. The Bible says that he was a very humble man, more humble than anyone else on the face of the earth (Numbers 12:3). He led the Israelites to the border of Canaan, but since they did not trust that God would actually give them the land, they had to spend forty more years in the wilderness, till that whole generation had died and their children had entered the promised land. Moses himself also died on the border of the land; he was allowed to see it but not to enter it himself since he had been disobedient to the Lord once when there was a shortage of water (you can read this story in Numbers 20:7-12 and Numbers 27:12-14).

Moses as a prophet

Besides being a political leader, Moses also was a spiritual leader. He had a very close relationship with the Lord God and made His will known to the people. At Mount Horeb, for example, Moses spent forty days on the mountain in God’s presence to receive detailed instructions for the building of a holy tent and countless other regulations that he then transmitted to the people. This explains why later Bible books often refer to “the law of Moses”. And since Moses wrote the book of Genesis and then four books about his own life time, later Bible writers often refer to “the books of Moses” when quoting the Old Testament.

After Moses’ death, the book of Deuteronomy concludes:

“There has not arisen a prophet since in Israel like Moses, whom the Lord knew face to face, none like him for all the signs and the wonders that the Lord sent him to do in the land of Egypt, to Pharaoh and to all his servants and to all his land, and for all the mighty power and all the great deeds of terror that Moses did in the sight of all Israel.” (Deuteronomy 34:10-12)

Thanks to GospelImages for the wonderful image.