What is the exodus? 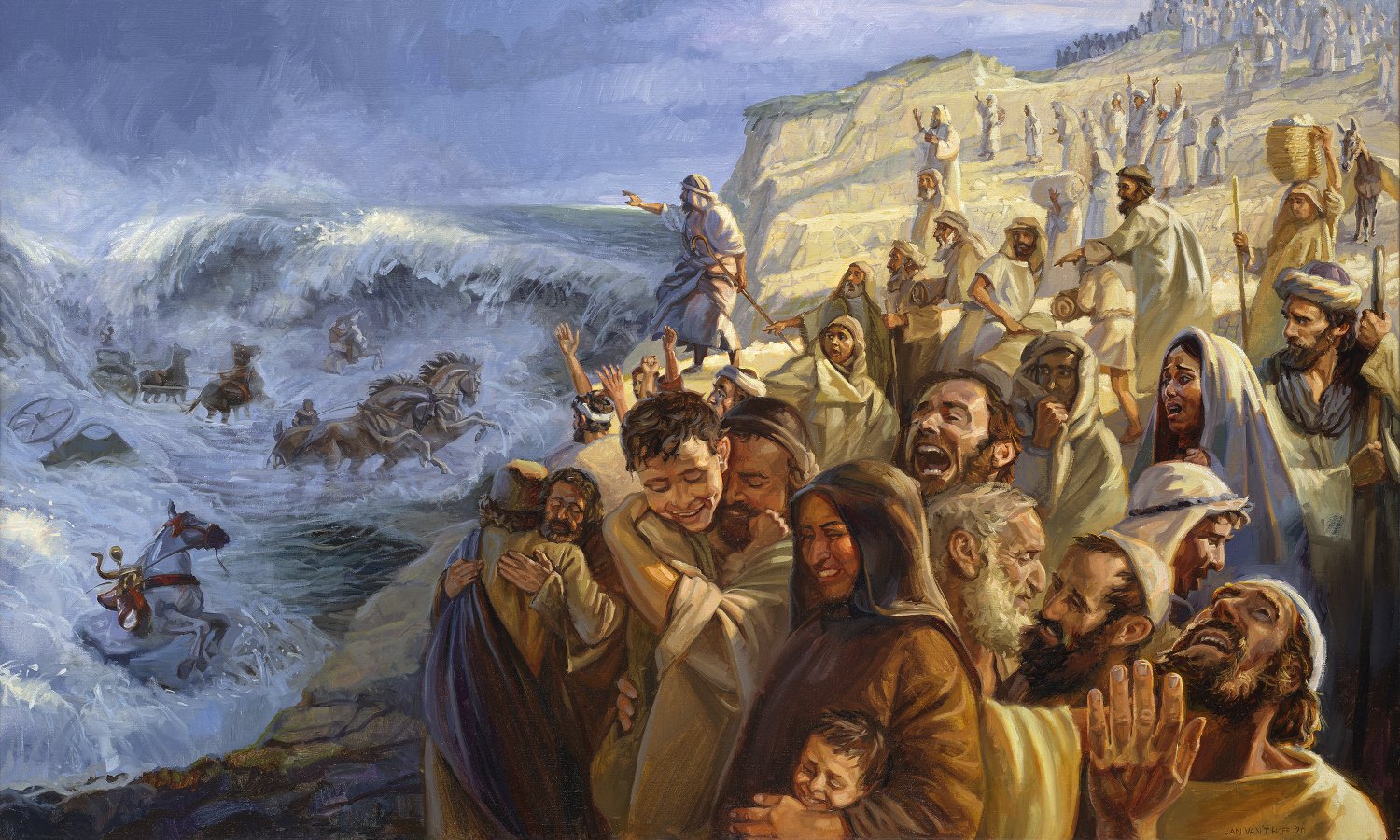 The word exodus literally means “the road out”. In the Bible, this word is used for the departure of the people of Israel out of Egypt. This event is described in detail in the second book of the Bible, called… Exodus. But it is also referred to regularly in later Bible books. Not only was this event crucial for the people of Israel back then, it also shows us who God is.

In the book of Genesis, we read about Abraham. He is called by God to leave his country and people, to go to the land that God will show him. When he arrives in the land of Canaan, God promises: “To your offspring I will give this land” (Genesis 12:7). In Genesis 15:13-14 and 18, the Lord repeats his promise and adds: “Know for certain that your offspring will be sojourners in a land that is not theirs and will be servants there, and they will be afflicted for four hundred years. But I will bring judgment on the nation that they serve, and afterward they shall come out with great possessions. … To your offspring I give this land”.

Many years later, Abraham’s son Isaac is born. He has two sons called Esau and Jacob. Esau eventually moves to a land some distance from his brother, since they both have so much livestock that the land where they are staying can’t support them both (see Genesis 36:6-8). But Jacob’s descendants do not stay in Canaan either. During a famine, they all move to Egypt where Jacob’s son Joseph is in the position to provide for them. When Jacob’s family moves to Egypt, they are about 70 people (Genesis 46:27; Exodus 1:1-5). But over the generations, their numbers grow so much that the Egyptians become afraid of them (Exodus 1:10). They start to oppress the Israelites to the point where they are forced into slavery and their newborn sons are murdered. The Israelites cry out to God for help – and that’s where the book of Exodus starts.

The Lord appoints Moses to lead the Israelites out of Egypt and back to the land of Canaan. However, Pharaoh refuses to let the people go. Only after ten supernatural plagues, he gives up his resistance. The Israelites are allowed to leave the country. But Pharaoh changes his mind and tries to get them all back since he does not want to lose their services. He pursues the Israelites with all of his chariots and overtakes them by the Red Sea. The people are terrified since there is no way out: on both sides are steep mountains; in front of them the sea, and behind them Pharaoh and his soldiers approach. The situation is hopeless.

No, the Bible says, this situation has been planned by God to show the world that He is the Lord! (Exodus 14:1-4). God drives the sea back by a strong wind and the people go into the midst of the sea on dry ground. They arrive safely at the other shore, but when Pharaoh and his chariots go in after them, the sea returns to its normal course and the whole army dies.

This story is concluded by an important remark: “Israel saw the great power that the Lord used against the Egyptians, so the people feared the Lord, and they believed in the Lord and in his servant Moses” (Exodus 14:31). In other words, these events show the Israelites who their God is.

God guides and teaches the Israelites

The exodus is the beginning of a new episode in Israel’s history. It marks their “birth” as a people. God guides them through the wilderness towards the land of Canaan. On their way, He makes a covenant with them, instructs them to build a tabernacle, gives a lot of laws and prescriptions and shows His power again and again: He provides water from a rock, gives bread from heaven, and so on. This whole journey teaches Israel who God is and how He wants them to live.

In the book of Ezekiel, God gives a summary of this time:

“I acted for the sake of My name, that it should not be profaned in the sight of the nations among whom they lived, in whose sight I made Myself known to them in bringing them out of the land of Egypt. So I led them out of the land of Egypt and brought them into the wilderness. I gave them My statutes and made known to them My rules, by which, if a person does them, he shall live. Moreover, I gave them My Sabbaths, as a sign between me and them, that they might know that I am the Lord who sanctifies them” (Ezekiel 20:9-12).

The exodus shows that God is almighty

Israel’s exodus from Egypt was a mighty act of God. It made clear to the Israelites and other people how powerful He is. Years later, when the people are about to enter the land of Canaan, an inhabitant tells them:

“I know that the Lord has given you the land, and that the fear of you has fallen upon us, and that all the inhabitants of the land melt away before you. For we have heard how the Lord dried up the water of the Red Sea before you when you came out of Egypt … The Lord your God, He is God in the heavens above and on the earth beneath” (Joshua 2:9-11).

And later still, when the Philistines have stolen the ark of the covenant and face severe plagues, they remind themselves,

“Give glory to the God of Israel. Perhaps he will lighten his hand from off you and your gods and your land. Why should you harden your hearts as the Egyptians and Pharaoh hardened their hearts? After he had dealt severely with them, did they not send the people away, and they departed?” (1 Samuel 6:5-6)

The exodus shows that God is faithful

Remember how God told Abraham that his descendants would be afflicted for four hundred years and then leave the country with great possessions. Exodus 12:40-41 records:

“The time that the people of Israel lived in Egypt was 430 years. At the end of 430 years, on that very day, all the hosts of the Lord went out from the land of Egypt.” It also tells us: “They had asked the Egyptians for silver and gold jewelry and for clothing. And the Lord had given the people favor in the sight of the Egyptians, so that they let them have what they asked. Thus they plundered the Egyptians” (Exodus 12:35-36).

The exodus is an example of God’s salvation

The LORD keeps His promises and saves His people from a hopeless situation. He guides them out of slavery to the promised land. He still does! He delivers people from slavery to sin (Romans 6:17; Titus 3:3-5; Hebrews 2:14-15) and guides them towards their perfect destination – eternal life in His presence (Hebrews 11:13-16). He makes them into His people (1 Peter 2:9-10) and teaches them how to live holy lives.

Are you one of God’s people? Are you free from slavery to sin and traveling towards the “promised land”?

Thanks to GospelImages for the beautiful image.