What does the tabernacle teach us about God? 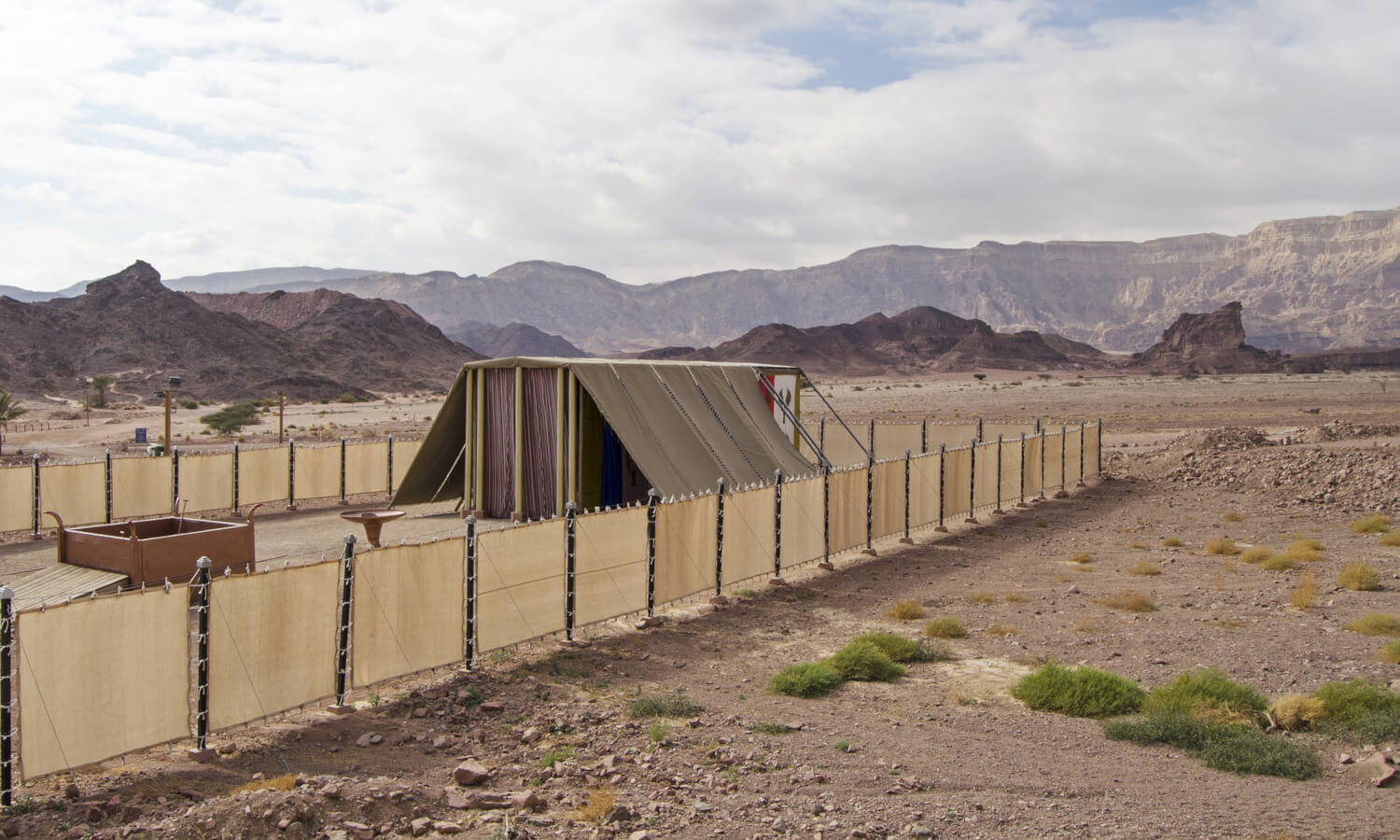 After God had rescued the Israelites from slavery in Egypt (see the book of Exodus), they camped in the desert for about forty years before they finally entered their new territory. During this time, God taught the Israelites a lot about Himself and gave them many religious and social-economic prescriptions. Among other things, God gave them detailed instructions to build a dwelling place for Him, called the tabernacle.

Because many of these details are written down in the Bible, we know pretty well what it must have looked like. See for example this impression.

There is a lot of symbolic meaning in the construction of this sanctuary. Let’s look at some of the lessons it teaches us about God and our relationship with Him.

God is holy and omnipresent. And yet, He wants to dwell among humans: “I will dwell among the people of Israel and will be their God” (Exodus 29:45). The Lord wants a relationship with people, and that is expressed by his commandment to the Israelites to build an earthly dwelling place for Him.

Because they were traveling around at the time, the sanctuary should be portable. It was a kind of tent, and the Israelites took it with them wherever they went. Every time they pitched their tents, the tabernacle got a central place in the middle of the camp. That way, God’s presence was always near and visible. Later, when the Israelites had settled in the land of Canaan, they would build a permanent temple.

The tabernacle was not one building. It consisted of an outer courtyard area surrounded by a fence. Within this courtyard, there was a tent called “holy place”. Only the priests could enter there to perform their ritual duties.

Within this “holy place”, there was a separate area called “holy of holies”. Here stood the ark of the covenant, a wooden chest “covered on all sides with gold, in which was a golden urn holding the manna, and Aaron’s staff that budded, and the tablets of the covenant” (Hebrews 9:4). The ark had a golden lid called the “mercy seat”. This was the place where God dwelt, as God told Moses: “There I will meet with you, and from above the mercy seat, from between the two cherubim that are on the ark of the testimony, I will speak with you about all that I will give you in commandment for the people of Israel” (Exodus 25:22).

Only the high priest could enter the “holy of holies” once a year, during the Day of Atonement. It was sectioned off by a special curtain, symbolizing that people can’t come into God’s presence because their sinfulness conflicts with God’s holiness. So, although the tabernacle was God’s dwelling place among the people and showed that He wants a relationship with us humans, it was also made clear that people can’t come to Him just as they are.

In the outer courtyard stood an altar of burnt offering. On this altar, animals were sacrificed and food was offered to God. There are many prescriptions about the exact procedures of various kinds of sacrifices, which we won’t discuss in detail here. But the animal sacrifices made one fact painfully clear: people are sinful and deserve death. The only way to avoid the Lord’s judgment, is if somebody else dies in their place.

The need for atonement was symbolized daily in the tabernacle: if a person had sinned, he should bring an animal to the priests and this animal should be killed and burned on the altar. “The priest shall burn it on the altar, on top of the Lord’s food offerings. And the priest shall make atonement for him for the sin which he has committed, and he shall be forgiven” (Leviticus 4:35).

Animal sacrifices were necessary to restore and maintain the relationship between a holy God and his sinful people. But they were no final solution in themselves. The animal sacrifices could only provide forgiveness on the basis of the atoning death of Jesus Christ centuries later. “When Christ appeared as a high priest of the good things that have come, then through the greater and more perfect tent (not made with hands, that is, not of this creation) He entered once for all into the holy places, not by means of the blood of goats and calves but by means of His own blood, thus securing an eternal redemption” (Hebrews 9:11-12).

Jesus has fulfilled the symbolism of the tabernacle

The tabernacle and its rituals and prescriptions were “a copy and shadow of the heavenly things” (Hebrews 8:5). Now Jesus has come and has fulfilled all this, the tabernacle (or temple) with its sacrifices are not necessary anymore. “Where there is forgiveness of these [sins and lawless deeds], there is no longer any offering for sin” (Hebrews 10:18).

Jesus has opened a “new and living way” towards God. If we believe in Jesus for the forgiveness of our sins, we can “draw near with a true heart in full assurance of faith, with our hearts sprinkled clean from an evil conscience and our bodies washed with pure water” (Hebrews 10:22). We don’t need a tabernacle anymore. As believers, we “like living stones are being built up as a spiritual house, to be a holy priesthood, to offer spiritual sacrifices acceptable to God through Jesus Christ” (1 Peter 2:5).