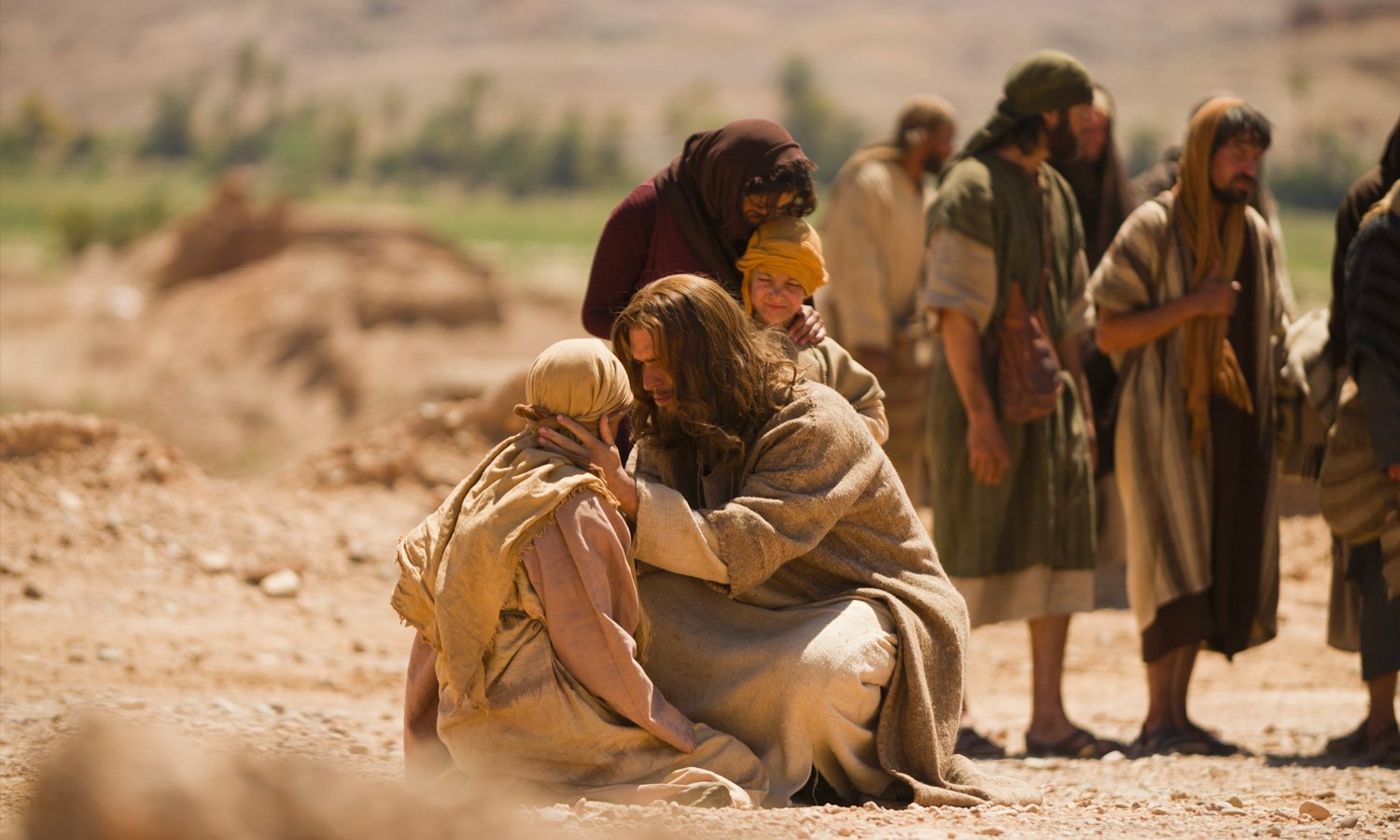 “Since the children have flesh and blood, Jesus too shared in their humanity so that by His death He might break the power of him who holds the power of death – that is, the devil – and free those who all their lives were held in slavery by their fear of death” (Hebrews 2:14-15).

Higher than the angels

In Hebrews 1, the author argues that Jesus is much higher than angels; in fact, He is equal to God. Many other verses prove the same: John 1:1 says that “the Word was God.” If you keep reading the rest of John, chapter 1, it becomes obvious that the Word being talked about is Jesus. In Romans 9:5, Paul says talks about “Christ, who is God over all.” And again in Colossians 1:15, it says that Christ “is the image of the invisible God.” Colossians 1:19 says about Christ that, “in him all the fullness of God was pleased to dwell.”

Made lower than the angels

In Hebrews 2, suddenly a different angle is emphasized. Jesus was made lower than the angels for a little while (Hebrews 2:9). This, of course, refers to the time that Jesus was on earth. His mother Mary was a virgin when the Holy Spirit came upon her and she conceived in her womb the Christ, the Son of God (Isaiah 7:14, Luke 1:27-35, Matthew 1:18-25). Christ was conceived spiritually through the Holy Spirit without any physical intercourse. He was born as a human baby (Luke 2:1-7, John 1:14, Romans 1:3, Galatians 4:4). He lived on earth for about 30 years, was raised in a normal human family. He was visible for human eyes and people could talk to Him (1 John 1:1-3). He experienced human emotions. And ultimately, He died (but He rose again!). So yes, although Jesus remained God at the same time, during His life on earth He was fully human. He now continues to be God and man in two distinct natures, and one person, forever. When the Son took to Himself a true body and a reasonable soul in the incarnation, the Godhead and the manhood were inseparably joined together in one Person, without conversion, composition, or confusion.

Why did Jesus have to become human?

“He shared in their humanity so that by His death He might break the power of him who holds the power of death – that is, the devil” (Hebrews 2:14). Jesus wanted to redeem humanity from the power of the devil. In order to do so, He had to deal with the root problem of humans: their sins. For it is by our sins that we are subjected to death, and it is only because we are sinful that the devil has any power over our lives. Humans had sinned, and therefore Jesus had to become human himself to pay for humans’ quilt. “For as by a man came death, by a man has come also the resurrection of the dead.” (1 Corinthians 15:21). This is how far God was willing to go: to be made lower than the angels, if only for a while! He opened up the way to God by dying on the cross, atoning for the sins of every single person who believes in Him. And in this way, He destroyed the power of satan, of death itself. Why? Because when you are freed from your sins, you are free to enjoy eternal life. Death has lost its sting.