What is the “great flood” described in the book of Genesis? 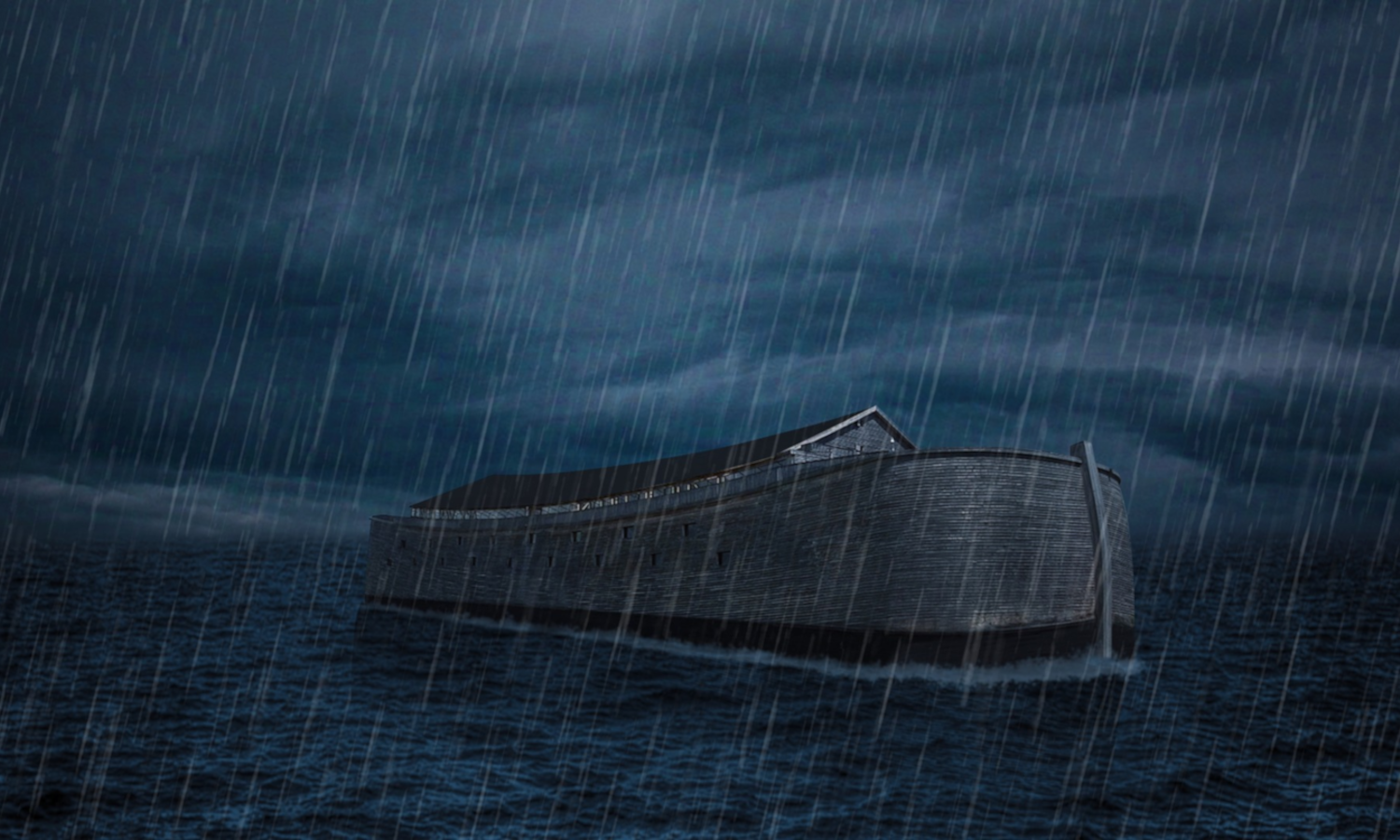 The Bible describes a lot of historical events. Most of these accounts are about the people of Israel. But especially in the first book of the Bible, the book of Genesis, we read about events impacting the whole world. The first one, of course, is creation. After the creation account, we read about the first human family and their descendants. But in Genesis 6-9, another major event is described that almost destroyed humanity. This is a flood of waters that God brought upon the earth.

Why did God flood the world?

Genesis 6 starts with God’s view on the world: “The Lord saw that the wickedness of man was great in the earth, and that every intention of the thoughts of his heart was only evil continually” (Genesis 6:5). This is a sobering conclusion. And since God is very personally involved with His creation, “the Lord regretted that He had made man on the earth, and it grieved Him to His heart” (Genesis 6:6). He wants to make an end to all flesh, and He will do so by bringing a flood of waters upon the earth.

The Bible gives us a detailed historical account of what happened: “In the six hundredth year of Noah’s life, in the second month, on the seventeenth day of the month, on that day all the fountains of the great deep burst forth, and the windows of the heavens were opened. And rain fell upon the earth forty days and forty nights. … And the waters prevailed so mightily on the earth that all the high mountains under the whole heaven were covered. The waters prevailed above the mountains, covering them fifteen cubits deep. And all flesh died that moved on the earth, birds, livestock, beasts, all swarming creatures that swarm on the earth, and all mankind” (Genesis 7:11-12; 7:19-21). After 150 days, God made a wind blow over the earth, and the water began to disappear. But it took half a year before the earth was dry again.

Did all humans die?

Given there are still humans on earth, did some people manage to survive the great flood? Yes, one family survived because they believed in God. The Bible tells us about a man called Noah, “a righteous man, blameless in his generation” (Genesis 6:9). Amidst all the evil around him, he walked with God. Therefore, God commanded him to build an ark, a massive ship, in which he and his family would be safe for the flood. While nothing was yet to be seen, Noah believed God’s warning and constructed the ark as God had told him to (Hebrews 11:7).

When the ark was completed, God told them to enter it. He shut the door, and then the flood came. For about one year, Noah and his family had to stay in the ark. Then they could finally go out and live on the earth again. God told them to have children and fill the earth with people. So, Noah’s three sons and their wives are the forefathers of all humans today.

What happened to the animals?

Not only humans, but also “birds, livestock, beasts and all swarming creatures that swarm on the earth” drowned in the flood. But God did not want the animal world to die out, so He told Noah to take a male and a female animal of every sort into the ark with him, “to keep their offspring alive on the face of all the earth”.

Will God send another flood?

God sent the flood because humans were so desperately evil. But Noah’s descendants were sinful as well. Immediately after the flood was over, God noticed that “the intention of man’s heart is evil from his youth” (Genesis 8:21). So, the basic problem had not been finally solved! However, God promised to never again strike down every living creature as He had done. There won’t be another flood. You can read more about this change in God’s response to human evil in this article.

The great flood is a severe warning

The story about Noah and the flood is still relevant nowadays. It makes clear that God does not ignore evil, but punishes it. As 2 Peter 2:9 concludes from this story (and other Old Testament examples): “The Lord knows how to rescue the godly from trials, and to keep the unrighteous under punishment until the day of judgment”. For although God has promised not to flood the earth again, He will bring judgment upon human evil at the end of time. You can read more about that here.

Jesus warns us not to be ignorant of God’s coming judgment, but to take it seriously. In Noah’s day, most people ignored the warnings and just continued their daily lives until it was too late to be saved. We don’t know when Jesus will come back to judge humanity, but we know He will. Therefore, we’d better be prepared! For just as God gave the ark as a means of escape to Noah and his family, so He offers us a way of escape in Jesus Christ. It is of vital importance to believe in Him and to accept his offer of forgiveness. Read more about that in our article “How are sinners saved?”