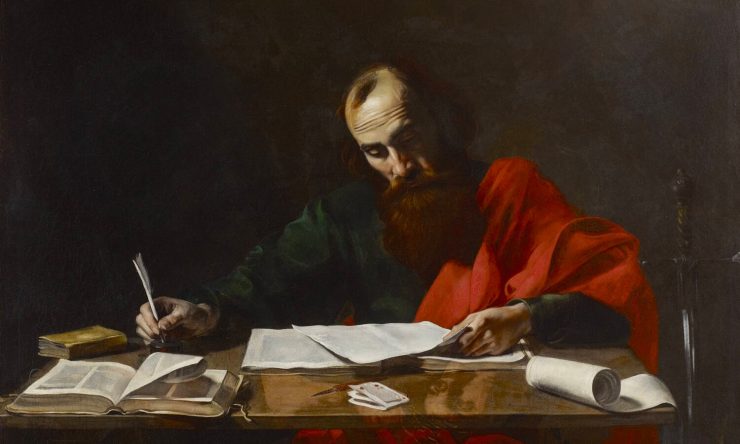 Was the Apostle Paul married?

The apostle Paul was an incredible man. Perhaps no apostle in the early church experienced more personal insults, threats, imprisonments, and beatings than Paul. For this reason his faithfulness in service to our Lord and Savior is exemplary. Similar to every Christian, Paul had a unique experience with the Lord Jesus. This experience lead him to see the depths of his depravity, and therefore the greatness of the grace in his life.

Relationship between marriage and faithful service to God

Many wonder about the relationship between marriage and faithful service to God. Within this train of reasoning many have wondered about whether the apostle Paul was married. In one of his letter to the church of Corinth, he states, “To the unmarried and the widows I that it is good for them to remain single as I am” (1 Corinthians 7:8). What we can see in this one verse is that at least at the time of the writing of this book Paul was single.

On the surface we could read that he is not saying that he will remain this way but that he is encouraging others (unfortunately we hear this argument). However, if we read the verse carefully we see that he is actually making an example of himself. This example is future orientated as the instructions he is giving for life are future orientated.

We also read in 1 Corinthians 7:8 that God has given gifts to each. Not all are gifted in the same way as Paul. Paul considered his celibacy as a gift from God. Surely Paul would not be married to a woman and choose to not give her the conjugal rights that are hers (see 1 Corinthians 7:3). To most people, this is widely accepted. But what about Paul’s life before becoming a follower of Christ? Is it possible that Paul was married? It is possible. However, the Bible is silent about this.

Paul was a pharisee

Some people argue that because Paul was a pharisee before becoming a Christian, it is likely that he was married. The New Testament makes it very clear that Paul was a very zealous pharisee and that he followed the traditions very closely. In those days it was likely that a pharisee would be married. Many scholars believe that being married was closely tied to the position and almost mandated. However, this is not clear and there is disagreement on this issue. Moreover, Paul was still “a young man” in those days (Acts 7:58).

Regardless of whether Paul was married before becoming a follower of Christ, we see very clearly that at the time of his writings he was not married. If he was married, Paul would be a widower, one of the very people he was instructing in faithfulness to Christ.

For all of us, whether married or unmarried, we should seek to live faithful lives to our Lord Jesus Christ.

Also read What does it mean to have a Christian marriage?

100% Free Bible Course
We now offer a 100% free, Internet based Bible course. In 15 short lessons you will learn God's message for you in his Word.
Click here to enroll
Paul

What can we learn from the life story of Isaiah?