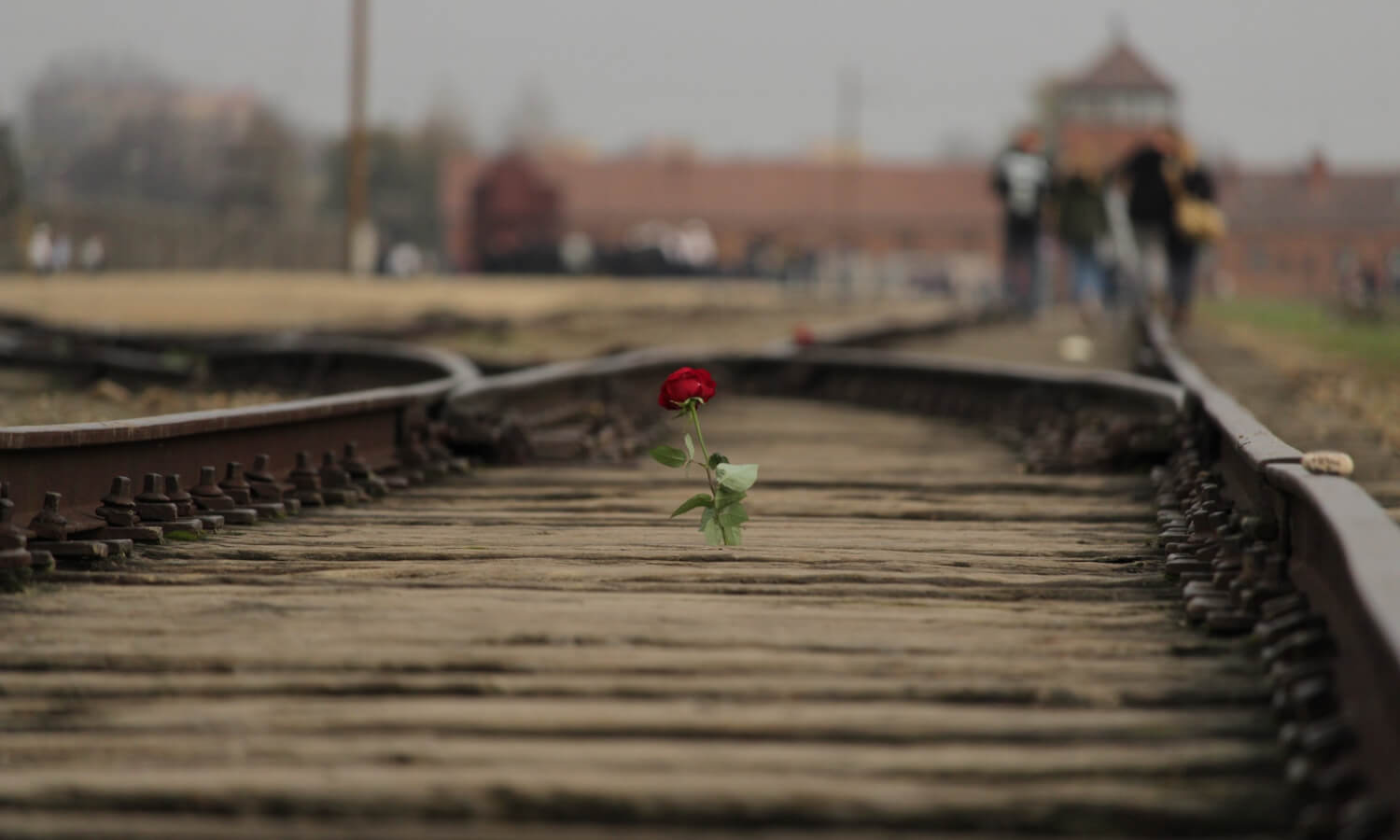 In the Second World War, millions of Jews were brutally murdered. Satan was raging. People turned against God’s chosen people like beasts. If this happened to Israel, what about God’s love for Israel? Some Christians feel a pressing question is how to speak about God after Auschwitz. For Jews, of course, this applies even more strongly.

I came across a website where more than twenty different Jewish approaches were given. I found this one the most strange: “If we still keep to the Torah, then that is no longer an obligation, but a voluntary choice. For it is clear that God has broken the covenant with Israel.” Is that really the case? What about God’s love for Israel?

Hosea on God’s love for Israel

The question of God’s love for Israel and Israel’s suffering is not a modern one. It also is clear in many ways in the Old Testament, for example in Hosea 11.

Hosea 11 is a chapter with the love of God at either end as bookends. It begins with verse 1: “When Israel was a child, I loved him”. God’s love for Israel is compared to the love of a father for his child. Verse 11 ends as follows: “I will return them to their homes, declares the Lord.” This is about God’s blessing and love for Israel later, when Israel has grown up.

Between those two bookends we read a lot about Israel’s disobedience to God and God’s response to that. It is said that Israel walked away from God in idolatry (Hosea 11:2). In spite of the love that God shows, Israel persisted in loathing to God (Hosea 11:7). That is why God announces His judgment. He will punish Israel (Hosea 11:5-6).

But while the Lord God speaks about the judgment, He proclaims that He cannot treat Israel as the land of Sodom and Gomorrah! “My heart recoils within Me; My compassion grows warm and tender.” (Hosea 11:8). Therefore the Lord God promises that He will bless Israel again.

“I will return them to their homes, declares the Lord” (Hosea 11:11). Israel is allowed to live in its country again. This is partially fulfilled when the remnant of the ten tribes (the northern kingdom) returned from exile. But since we are talking here about a return from all over the world – from the west, from Egypt, from Assyria – it may well be that we can extend this, for example, to the foundation of the state of Israel in the 20th century. That might also be an aspect of the fulfillment of this prophecy.

Paul on God’s love for Israel

God’s love for Israel did not end with the time of the Old Testament. Paul makes this clear in Romans 9-11. There are a number of verses that make very clear that the Lord God still loves Israel. He writes: “Has God rejected His people? By no means!” (Romans 11:1).

Further on, he compares the people of God with an olive tree. By faith people from all nations may be grafted onto that olive tree as a branch. But it is more logical when it happens to Jews: “How much more will these, the natural branches, be grafted back into their own olive tree” (Romans 11:24). God has not forgotten Israel, “for the gifts and the calling of God are irrevocable” (Romans 11:29).

But what about the terrible things that happened to the Jews in World War 2? I cannot solve this with a theological reason. But let me tell another story. This is also true. Israel Crystal was born in 1903, in a Jewish family in Poland. When he was 13 and it was time for his Bar Mitzvah (the ceremony to celebrate Jewish boys becoming responsible for their own actions) it could not be celebrated because the First World War raged.

In the Second World War, he ended up in a ghetto, and then in Auschwitz. But Israel survived Auschwitz and emigrated to the land of Israel, where he had children, grandchildren and great-grandchildren. In 2016, on his 113th birthday, he did what he couldn’t do 100 years earlier: celebrate his Bar Mitzvah. At that time, he was the oldest man in the world.

Of all the hundreds of millions of men aged 42 and older who lived at the beginning of 1945, only one was left in 2016. If you could have chosen one at the beginning of 1945 that would survive all those hundreds of millions of others, and still be alive in 2016, who would it be? The correct answer would have been: he lives in Auschwitz, and his name is Israel.

Never doubt that God loves Israel. But His love also reaches out to you. In spite of Israel’s sin, God came with His grace and His salvation. In spite of your sin – because there is nobody who doesn’t sin – God also offers you grace and salvation. He invites you to come to Him and surrender your life to Him.