Why did God send the Israelites into exile (captivity)? 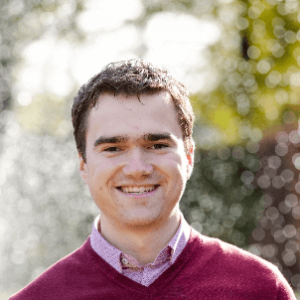 The city of Jerusalem was conquered in 587 BC by the Babylonians and many Israelites were sent into exile for seventy years. Why did this happen? The main historical books of the Old Testament were written to answer this question, so let’s take a closer look at them.

God is trustworthy and His promises never fail. He promised Abraham that He would give him and his offspring the land of Canaan for an everlasting possession (Genesis 17:8). After 400 years in Egypt, the people of Israel journeyed forty years through the desert until they reached the promised land. Led by Joshua, they conquered the land west of the Jordan and banned the cities of the Canaanites.

At the end of Joshua’s life, he could tell them that “not one word has failed of all the good things that the Lord your God promised concerning you. All have come to pass for you; not one of them has failed” (Joshua 23:14). However, about 6 centuries later the capital cities Samaria and Jerusalem were destroyed, the land of Israel ruined and the upper class of society was led captive to the East, to Babylon. How come?

The brief answer on the central question of this article is sin. The longer answer is found in the biblical historiography. There we read that the promise to the Israelites concerning the land was not unconditional, but depended on the obedience of the people to God’s law. Moses states it as follows in Deuteronomy 28:

“If you are not careful to do all the words of this law that are written in this book, that you may fear this glorious and awesome name, the Lord your God, then the Lord will bring on you and your offspring extraordinary afflictions […] And as the Lord took delight in doing you good and multiplying you, so the Lord will take delight in bringing ruin upon you and destroying you. And you shall be plucked off the land that you are entering to take possession of it. And the Lord will scatter you among all peoples, from one end of the earth to the other” (Deuteronomy 28:58-64).

As early as in the time of the Judges, it went wrong. The people worshiped idols and committed all kinds of terrible sins. After a brief time of prosperity during the reign of David and Solomon, it worsened again under the successive kings of Israel and Judah.

About the kingdom of Israel, the book of Kings has nothing positive to say. In 722 BC Samaria was conquered by the Assyrians and the ten tribes were lost up to the present day.

The two tribes of Judah lasted 150 years longer and knew some good kings like Jehoshaphat, Hezekiah, and Josiah. But the majority of the people sinned grievously against their Lord and their neighbors, despite the continuous admonitions of the prophets. God punished them to bring them to conversion, but in vain. They stuck to their own ways.

Finally, after so many years of warnings, God brought upon the people of Judah the judgment about which Moses spoke. The people were sent into exile in Babylon because of their sins. The Chronicler writes:

“All the officers of the priests and the people likewise were exceedingly unfaithful, following all the abominations of the nations. And they polluted the house of the Lord that He had made holy in Jerusalem. The Lord, the God of their fathers, sent persistently to them by His messengers, because He had compassion on His people and on His dwelling place. But they kept mocking the messengers of God, despising His words and scoffing at His prophets, until the wrath of the Lord rose against His people until there was no remedy. […] The king of the Chaldeans […] took into exile in Babylon those who had escaped from the sword, and they became servants to him and to his sons until the establishment of the kingdom of Persia, to fulfill the word of the Lord by the mouth of Jeremiah, until the land had enjoyed its Sabbaths. All the days that it lay desolate it kept Sabbath, to fulfill seventy years” (2 Chronicles 36:14-21).

God’s trustworthiness did not allow Him to abandon His people forever into exile. After seventy years, they were allowed to return to their land and start again. However, it is clear that the main problem of sin in the history of Israel was not solved. It remains an open question in the Old Testament how God can dwell with incorrigible sinners. Somehow, the law should be within the people and written in their hearts before real obedience is achieved (Jeremiah 31:33).

In the New Testament, this mystery is revealed: Jesus Christ, the Son of God, became man and died for the sins of his people. Now God’s Spirit dwells in every believer (1 Corinthians 3:16) and God remains with them forever:

“Behold, the dwelling place of God is with man. He will dwell with them, and they will be his people, and God himself will be with them as their God” (Revelation 21:3).