Why was Jesus baptized? 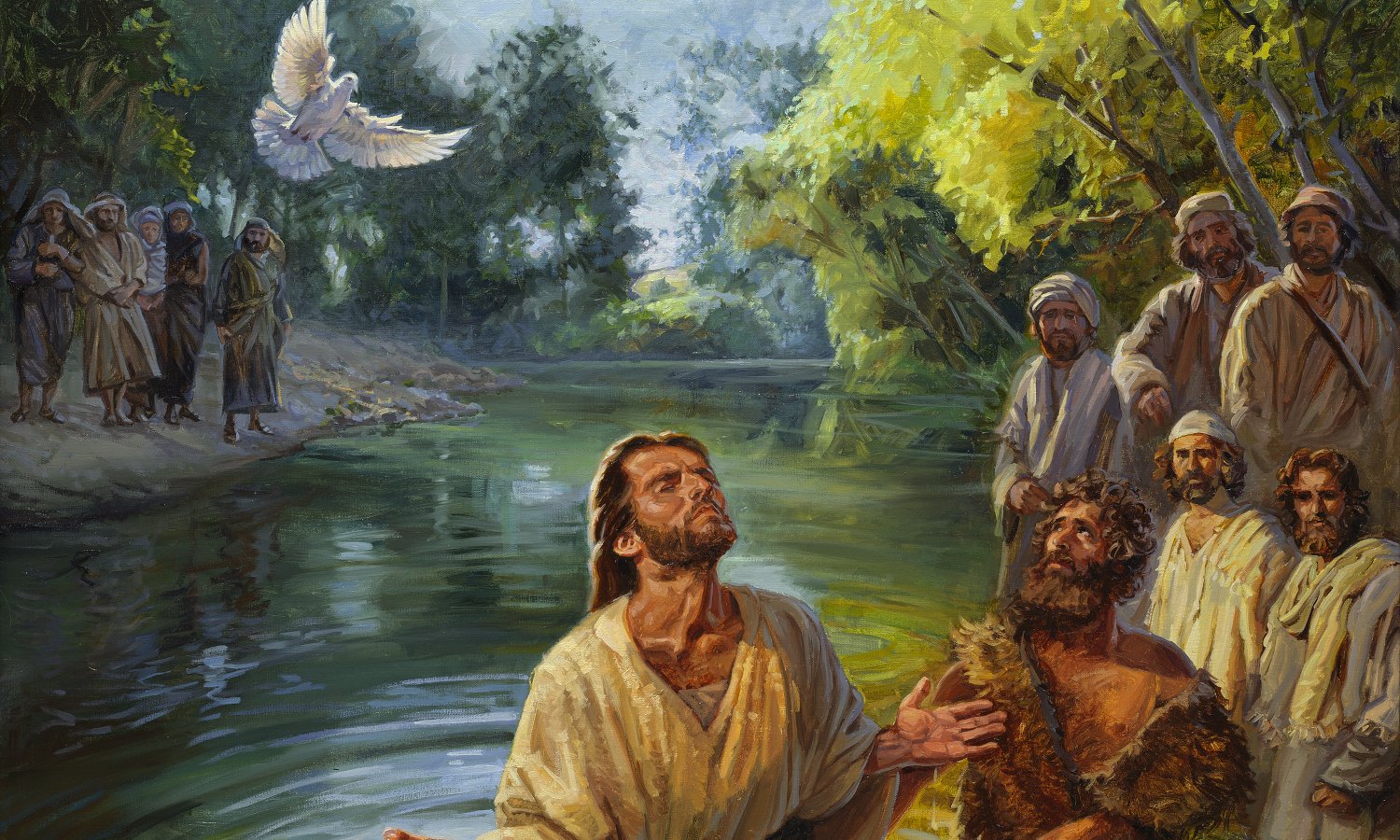 All four gospels describe John the Baptist. He was a prophet and his purpose was to prepare people for the coming of Jesus. He told them that God’s Kingdom was at hand and that they should repent from their sins. And many did confess their sins and turn from their wicked lifestyle. As a sign of their true repentance, these people were baptized. This water baptism symbolized that their hearts needed cleansing. The gospel of Mark therefore calls it “a baptism of repentance for the forgiveness of sins” (Mark 1:4).

Then one day, something special happened. “Jesus came from Galilee to the Jordan to John, to be baptized by him” (Matthew 3:13). He lined up with the sinful crowds to be baptized as well. But how could this be? Jesus was sinless, so how could He confess His sins and ask for forgiveness? John the Baptist did not understand. He objected, “I need to be baptized by You, and do You come to me?” (Matthew 3:14). John was aware of his own sinfulness. He was a prophet, he was a faithful servant of God, but he was not perfect. He too needed forgiveness and was immediately ready to admit this. But Jesus had no sin at all!

Jesus’ answer to John’s objection is not easy to understand at first. He said, “Let it be so now, for thus it is fitting for us to fulfill all righteousness” (Matthew 3:15). Let’s unpack this phrase in order to grow in our understanding of Jesus’ mission.

Jesus identified Himself with sinners

Jesus had come to fulfill all God’s commandments and to obey God’s will. Such a life is “righteous”. So, the first meaning of “fulfilling all righteousness” is to live a perfectly sinless and obedient life – as all humans ought to do, but are not able to. Jesus did this. However, Isaiah 53:12 says that the Servant of the Lord “was numbered with the transgressors”. This is a prophecy about Jesus. In His baptism, Jesus identified Himself fully with sinners. He became one of us. His baptism was part of His “coming in the flesh”. Therefore, He did not let John hinder Him from being baptized.

Jesus became a sinner in our place

But there is more to it. Jesus had the special task to bear the sins of others. He numbered Himself with the transgressors, not just as a sign of solidarity, but because He really became a sinner in our place. Being baptized was the proof that Jesus accepted this commission, that He really took the sins of humanity on Himself.

When Jesus was crucified, He had to bear God’s wrath because He was sinful in God’s eyes at that moment. As the apostle Paul puts it, “Christ had no sin, but God made Him become sin so that in Christ we could be right with God” (2 Corinthians 5:21, ERV). In another letter, Paul addresses the same theme with different words: “The law says we are under a curse for not always obeying it. But Christ took away that curse. He changed places with us and put Himself under that curse” (Galatians 3:13, ERV). Or, in Isaiah’s words, He shall “make many to be accounted righteous, and He shall bear their iniquities. … He bore the sin of many, and makes intercession for the transgressors” (Isaiah 53:11-12).

Jesus exchanged His righteousness for our iniquities. He took our sins and gave us His perfection instead. In Jesus Christ, we are righteous before God!

This truth is hard to accept

John the Baptist tried to prevent Jesus’ baptism. Later on, Peter tried to prevent Jesus from going to Jerusalem to suffer and die (Matthew 16:21-23). He also objected when Jesus was washing his feet (John 13:6-10). These examples show that even Jesus’ inner circle of disciples did not grasp how deeply He had to humiliate Himself in order to save us. Jesus had to empty Himself by taking the form of a servant, and He humbled Himself by becoming obedient to the point of death on a cross (Philippians 2:7-8). It took Him everything to save us. But He was ready to do this for “the joy that was set before Him”, namely to see forgiven and renewed people worship God forever.

This truth is hard to understand. It is just mind blowing that God the Son humbled Himself so deeply. But this truth is also hard to accept, since it stresses how deeply we humans have fallen. It stresses how helpless our situation is. We can’t save ourselves. We have to accept that an innocent Man died in our place and that we need His help. Are you ready to surrender and to receive Jesus’ righteousness?