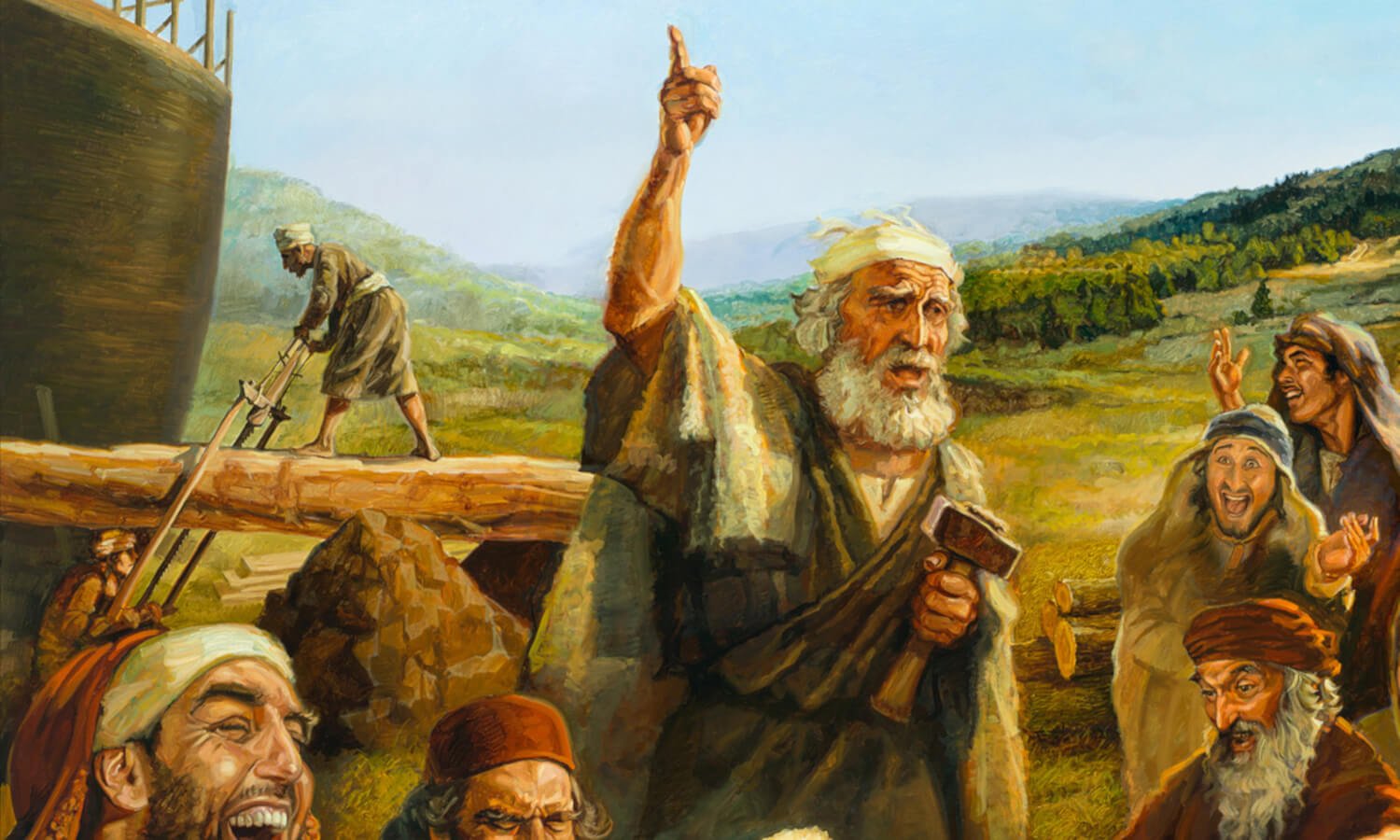 Noah’s name is connected with a dreadful event in human history: the great flood. The book of Genesis records in detail what happened, and Noah plays a major role in this story.

Noah lived around the year 2400 BC, also centuries before Abraham, Jacob, Moses, and other well-known figures in the Old Testament. See this timeline for an overview. The Bible summarizes the situation in his days as follows:

“The Lord saw that the wickedness of man was great in the earth, and that every intention of the thoughts of his heart was only evil continually. And the Lord regretted that He had made man on the earth, and it grieved Him to His heart. So the Lord said, I will blot out man whom I have created from the face of the land, man and animals and creeping things and birds of the heavens, for I am sorry that I have made them.” (Genesis 6:5-8).

Noah as an example of faith

Noah is described as “a righteous man” and “a herald of righteousness” (Genesis 6:9; 2 Peter 2:5), and he found favor in the eyes of the Lord (Genesis 6:8). So, when God decided to make an end to all flesh, He told Noah to build an ark, an enormous ship, in which his family and all kinds of animals would be kept safe during the flood that God would send on earth.

Noah obeyed, he believed God’s prophecy. He and his family were the only ones who believed that this great flood would come. All other people “did not obey, when God’s patience waited in the days of Noah, while the ark was being prepared” (1 Peter 3:20).

When Noah was 600 years old, God told him to go into the ark. Then “all the fountains of the great deep burst forth, and the windows of the heavens were opened. And rain fell upon the earth forty days and forty nights.” (Genesis 7:11-12).
“And the waters prevailed so mightily on the earth that all the high mountains under the whole heaven were covered” (Genesis 7:19). It took 370 days before the waters were dried up from the earth, and Noah, his family, and all the animals could leave the ark.

The first thing Noah did after leaving the ark, was to build an altar to the Lord and sacrifice some animals. God promised that He would never again strike down every living creature like this. He blessed Noah’s family and told them to multiply and fill the earth. They did, and became the ancestors of many different people groups.

Noah was not perfect

God had blotted out humanity for their wickedness, and made a new beginning with Noah’s family. But it was clear from the beginning that this family was not sinless either. The Biblical record is totally honest here, and describes how Noah planted a vineyard, became drunk and lay uncovered in his tent. One of his sons saw him and told his brothers about it. These two men showed respect to their father and covered him with a garment.

When Noah heard about the disrespectful behavior of his son Ham, he cursed Ham’s descendants and said they would be “a servant of servants to [their] brothers” (Genesis 9:24-25). So, it did not take long before drunkenness, slander and damaged relationships re-emerged on earth. Even though Noah was “a righteous man”, he was not perfect. The great flood had not solved the problem of sin, for human’s hearts were still sinful.

Centuries later, God did provide a solution. Read more about that in our article: God’s response to people with a wicked heart.

Thanks to GospelImages for the beautiful image.