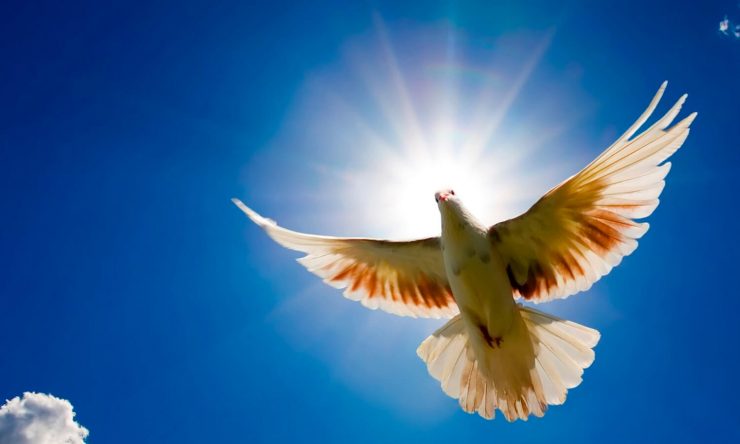 “On the evening of that day, the first day of the week, the doors being locked where the disciples were for fear of the Jews, Jesus came and stood among them and said to them, ‘Peace be with you.’” (John 20:19)

During his ministry on earth, Jesus had a group of disciples who accompanied Him, learned a lot about God’s Kingdom, and were witnesses of his miracles. But when Jesus was finally arrested and crucified, these disciples were confused and disappointed. Although Jesus had told them about his death and resurrection beforehand, they didn’t yet grasp it. They had hoped that Jesus would become king and that He would restore Israel — not that He would die!

We read how the disciples were gathered and had their doors locked for fear of the Jews. They were just a group of hopeless, fearful people who didn’t know what to do next.

But Jesus was not dead. He had risen from the dead and now He came to encourage his disciples. That encounter with the risen Christ made all the difference. For the disciples, but also for us. As the apostle Paul writes, if Jesus had not risen from the death, “we are of all people most to be pitied” (1 Corinthians 15:19). Then there would be no hope and no future.

But Jesus did rise, and He did appear to his disciples.

For the coming days, let’s explore how this little group of fearful people was transformed into a living and growing church by the power of the Holy Spirit, founded on the risen Christ.

Do you (want to) gather with other Christians to build up each other?

100% Free Bible Course
We now offer a 100% free, Internet based Bible course. In 15 short lessons you will learn God's message for you in his Word.
Click here to enroll
The Holy Spirit's work in the church

Signs of the Holy Spirit