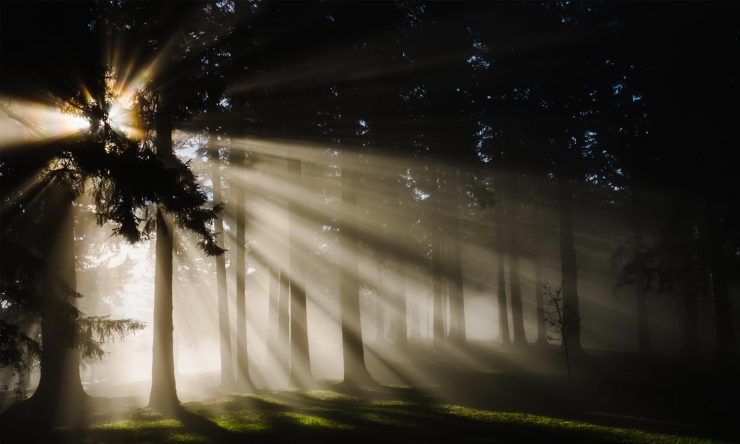 ‘The LORD spoke to Moses, saying, “Command the people of Israel to bring you pure oil from beaten olives for the lamp, that a light may be kept burning regularly’ (Leviticus 24:1-2)

The Lord’s presence among the people of Israel was visible in various ways. God Himself could not be seen. Even when the Lord spoke to the people at Mount Sinai, they could not see him: “Then the Lord spoke to you from the midst of the fire; you heard the sound of words, but you saw no form—only a voice” (Deuteronomy 4:12). God has no form. He is a Spirit who usually is invisible for human eyes.

But in the tabernacle (later the temple) there was a golden lampstand with seven lamps that should be kept burning regularly. This was a symbol for God’s continuous presence. Keeping this lamp burning every night was “a statute forever” throughout Israel’s generations. It reminded them of God’s appearance to Moses at the burning bush, when God revealed His plans to save the Israelites from slavery in Egypt and to make them into His special people. This God had not changed, nor had his promises. He had not left the people even though they rebelled and sinned on various
occasions. The burning lamps in the tabernacle / temple were a sign of the Lord’s faithfulness.

Do you experience God’s presence, although you can’t see Him?

100% Free Bible Course
We now offer a 100% free, Internet based Bible course. In 15 short lessons you will learn God's message for you in his Word.
Click here to enroll
Light

Why do people love darkness more than light?