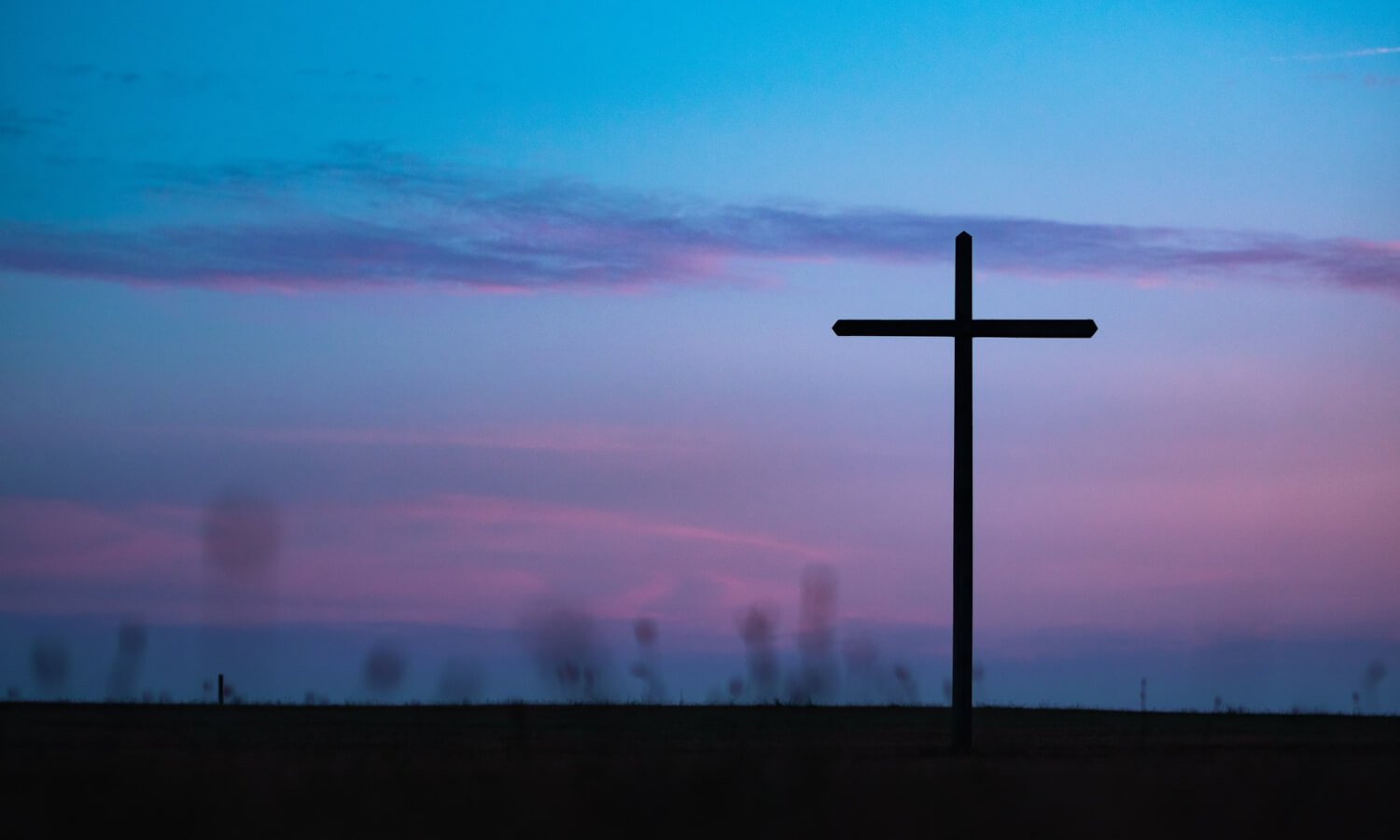 One of the most astonishing Christian beliefs is the conviction that God the Son became man and was murdered. He is the eternal, holy and glorious Lord of the universe who has always existed and will never cease to exist, but He was killed on a cross like a criminal. The question comes to mind: who would ever do such a thing? Who killed Jesus, and why? Let’s consider some answers.

(Why) did the Roman official Pontius Pilate kill Jesus?

The actual order to crucify Jesus was given by Pontius Pilate. He was the Roman governor of the province of Judaea, the territory of the Jews. Most of the time, he resided in Caesarea. But during the Jewish Pesach-feast, he was in Jerusalem – probably since the gathering of so many Jews during the feast brought a high risk of political unrest.

When Jesus was delivered over to Pilate, he quickly found out that this Man was innocent. Pilate confirmed this numerous times (see e.g. Luke 23:4; Luke 23:14-15; Luke 23:22). Nevertheless, he delivered Jesus to be crucified. Why? Because he wanted to satisfy the crowd (Mark 15:15) and was afraid they would start a riot or ruin Pilate’s political reputation if he did not grant their request (see Matthew 27:24 and John 19:12). Pilate valued his own welfare over justice. He was a coward. However, Jesus said to him, “You would have no authority over me at all unless it had been given you from above. Therefore, he who delivered me over to you has the greater sin” (John 19:11).

(Why) did the crowd kill Jesus?

Pontius Pilate delivered Jesus to be crucified, but he did so under pressure from the Jewish crowd. These people took full responsibility for Jesus’ death: “All the people answered, His blood be on us and on our children!” (Matthew 27:25). Tragically, this idea that the Jews killed Jesus Christ has fueled antisemitism over the centuries. That is absolutely mistaken. At the same time, it is very sad to see that the people who Jesus wanted to save, turned their back on Him. In Matthew 23:37, Jesus laments: “O Jerusalem, Jerusalem, the city that kills the prophets and stones those who are sent to it! How often would I have gathered your children together as a hen gathers her brood under her wings, and you were not willing!”

Stephen, being a Jew himself, did not mince his words. He told his listeners, “You stiff-necked people, uncircumcised in heart and ears, you always resist the Holy Spirit. As your fathers did, so do you. Which of the prophets did your fathers not persecute? And they killed those who announced beforehand the coming of the Righteous One, whom you have now betrayed and murdered” (Acts 7:51-52). However, there is more to it. The crowds were stirred up by their religious leaders. See for example Mark 15:11.

(Why) did the religious leaders kill Jesus?

During His earthly ministry, Jesus continually clashed with the establishment of Jewish religious leaders. Over and over, they tried to entangle Him in His words (for example in Matthew 16:1; 22:15; 22:35; Mark 10:2; John 8:6). They challenged His authority (Matthew 21:23) and suggested that He was possessed by Beelzebul, “the prince of demons” (Matthew 12:24). They tried everything to bring Jesus’ popularity to a halt, since He challenged their own position and authority. They even agreed that anyone who confessed Jesus to be the Messiah, would be put out of the synagogue (John 9:18-24) – which basically meant being excluded from the religious community that also played an important role in society.

When the elders, scribes and high priests saw that their efforts did not pay off and huge crowds followed Jesus, they plotted together in order to arrest Jesus by stealth and kill Him (Matthew 26:4). They sought false testimony against Him (Matthew 26:59), stirred up the crowds, and so put pressure on Pontius Pilate to have Jesus crucified. So, yes, these religious leaders were responsible for Jesus’ death. But this is not the final answer.

(Why) did Satan kill Jesus?

When Jesus began His public ministry, Satan tried to tempt Him into sin (Matthew 4:1-17; Luke 4:1-12). If Jesus had given in, He would no longer have paid for humanity’s sin, since He had sinned Himself. But Jesus resisted the temptation. He declared war on Satan. When Jesus was preaching and healing, many demon-possessed people came to Him and verbally attacked Him. But Jesus told the demons to go out of these people, and they had to obey. Jesus was stronger than Satan’s servants.

In an ultimate attempt to attack Jesus, Satan “entered into Judas called Iscariot, who was of the number of the twelve [disciples]. He went away and conferred with the chief priests and officers how he might betray Him [Jesus] to them” (Luke 22:3-4). In John 8:40-45, Jesus says something similar to some Jews: “You seek to kill me, a man who has told you the truth that I heard from God. … You are of your father the devil, and your will is to do your father’s desires. He was a murderer from the beginning, and does not stand in the truth, because there is no truth in him”. So, behind all these human agents is the spiritual influence of Satan. He is Jesus’ arch enemy and finally seemed to succeed when Jesus died on the cross! But we need to delve deeper still.

Did I kill Jesus?

Jesus’ death was no accident. It was no unforeseen coincidence. It was not Satan’s triumph. Jesus’ death was necessary to atone for human sin. “He was pierced for our transgressions; He was crushed for our iniquities” (Isaiah 53:5). So, even though I was not yet even born when Jesus was crucified about 2000 years ago, I am responsible for His death. This horrible truth is beautifully phrased in an old poem by Jacob Revius (1630)[1] :

No, it was not the Jews who crucified,
Nor who betrayed you in the judgment place,
Nor who, Lord Jesus, spat into your face,
Nor who with buffets struck you as you died.
No, it was not the soldiers fisted bold
Who lifted up the hammer and the nail,
Or raised the cursed cross on Calvary’s hill,
Or, gambling, tossed the dice to win your robe.
I am the one, O Lord, who brought you there,
I am the heavy cross you had to bear,
I am the rope that bound you to the tree,
The whip, the nail, the hammer, and the spear,
The blood-stained crown of thorns you had to wear:
It was my sin, alas, it was for me.

Jesus laid down His own life

But there is one final layer to this question. For Jesus was not forced to die in humanity’s place. He could have kept His glorious position at the right hand of God the Father forever. He did not have to become human, suffer and die. But He wanted to. He did so out of His unending love. As the apostle John writes, “By this we know love, that He laid down His life for us” (1 John 3:16). That is the final answer to the question who killed Jesus: Nobody did. He gave His life voluntarily and chose to obey the Father’s will. This becomes clear in Jesus’ last words before He died: “Then Jesus, calling out with a loud voice, said, Father, into Your hands I commit my spirit! And having said this He breathed His last” (Luke 23:46).

Thank You, Lord Jesus, for Your unending love for us sinners. You died for us and by dying in our place, you gave us eternal life. To You be glory, majesty, dominion, and authority, before all time and now and forever.