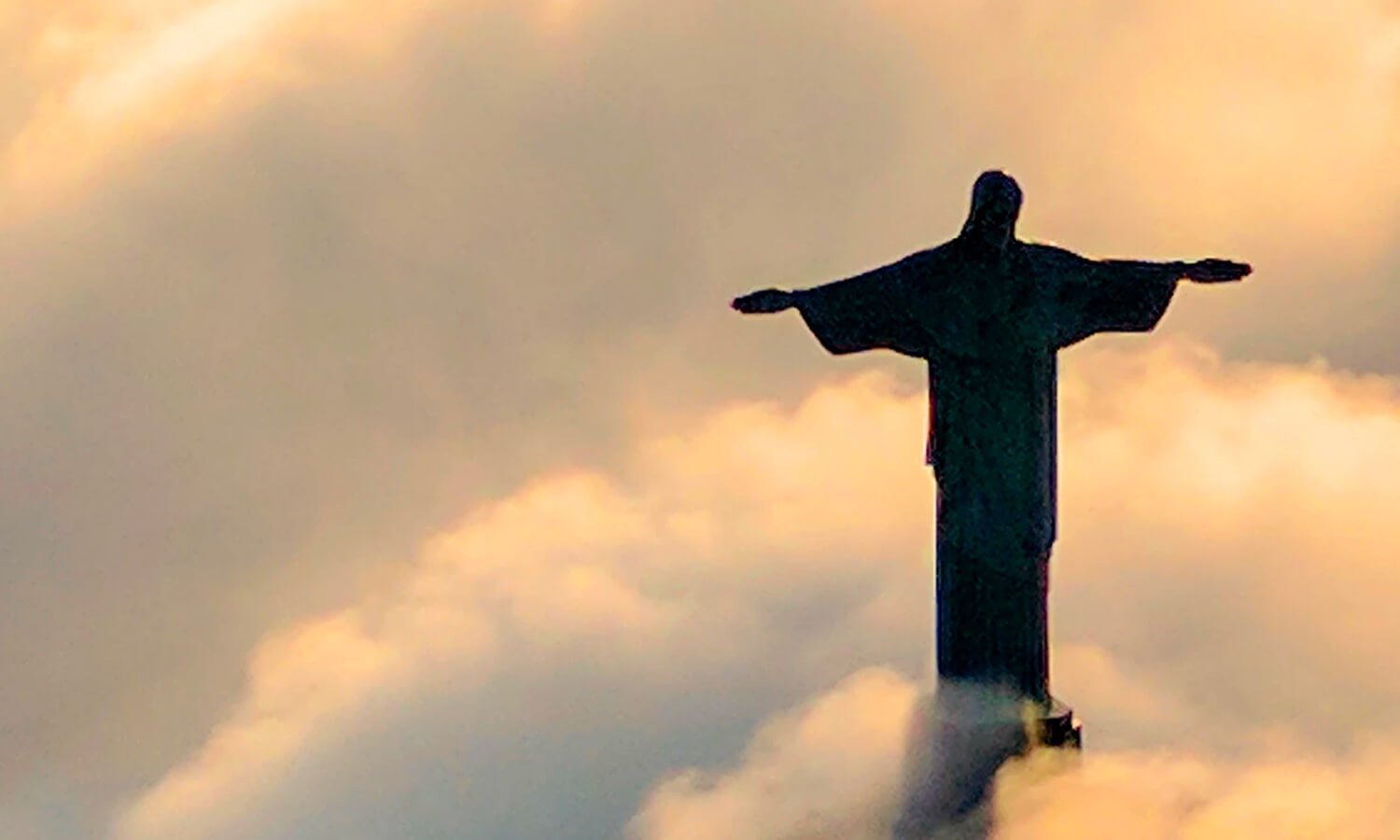 The Bible tells us: “Believe in the Lord Jesus, and you will be saved” (Acts 16:31). But in order to believe in Jesus, you will first need to know Him. So who is Jesus Christ?

The first thing to make clear is that Jesus Christ is God. More precisely, He is part of the triune God. The Bible calls him “the Son of God”, to distinguish him from God the Father and God the Holy Spirit (see for example John 1:18).

When did the Son of God come into existence?

Although the term “Son” might evoke the idea that first there was just God the Father, and only later God the Son was born, the Bible makes clear that the Son is eternal. He was there before the foundation of the earth. “He is the image of the invisible God, the firstborn of all creation. For by Him all things were created, in heaven and on earth, visible and invisible, whether thrones or dominions or rulers or authorities, all things were created through Him and for Him. And He is before all things, and in Him all things hold together” (Colossians 1:15-17). Not only was God the Son there from eternity, but He will also remain forever: “I am the First and the Last… I am alive for ever and ever!” (Revelation 1:17-18)

This was one of the first doctrines that were elaborately phrased by the early church because it is so vital for a clear understanding of Jesus: “We believe in one Lord, Jesus Christ, the only son of God, eternally begotten of the Father, God from God, Light from Light, true God from true God; begotten, not made, of one Being with the Father; through him, all things were made” (Niceno-Constantinopolitan Creed, 381 AD).

This same creed continues: “For us and for our salvation, He came down from heaven, was incarnate of the Holy Spirit and the Virgin Mary and became truly human.”

When was Jesus born?

About 2000 years ago, the Son of God was born as a human baby in the city of Bethlehem. This is called his incarnation (“coming in the flesh”). Jesus was born from a young woman, who was engaged but had not slept with a man yet. This pregnancy was brought about by the power of God himself.

Was Jesus an ordinary man?

Jesus grew up in a normal Israelite family. He was fully human and experienced emotions, sickness and temptations. But He was not an “ordinary” man, since He knew no sin. And while He was human, He also remained God. God the Son is at the same time 100% divine and 100% human (Philippians 2:5-8; Colossians 2:9).

Jesus is the Savior

The goal of the incarnation was the salvation of sinful humans. When God created the first humans, they were perfect. But they rebelled against their Creator and thereby became sinful and worthy of God’s judgment (see Genesis 3). This had severe consequences, not only for them but also for their offspring, which inherited their sinful nature (Romans 5:14-21). The situation of humanity was utterly hopeless: they had earned God’s wrath and could not save themselves.

Only God could alter this desperate situation: “I, I am the Lord, and besides me there is no savior.” (Isaiah 43:11). And He did! “For God so loved the world, that He gave his only Son, that whoever believes in him should not perish but have eternal life” (John 3:16). Jesus came on earth to announce God’s Kingdom and to teach people about God. His teachings were supported by supernatural miracles. But He also came to suffer and die in the place of humans. He was righteous and sinless but took on himself the sins of humanity. “He was pierced for our transgressions; He was crushed for our iniquities; upon him was the chastisement that brought us peace, and with his wounds we are healed” (Isaiah 53). “For even the Son of Man came not to be served but to serve, and to give His life as a ransom for many” (Mark 10:45). Jesus was ready to bear the punishment that humans deserved by dying at the cross.

Jesus is the risen King

The story does not end with Jesus’ death. After three days, He was raised from the dead and now He lives forever. He is in heaven till the end of the world when He will come back to judge humanity and create new heavens and a new earth. He is the eternal King of the universe who reigns with righteousness (Luke 1:32-33). That’s why Christians worship him as their Lord. And at the end of times, every knee will bow for him, in heaven and on earth and under the earth, and every tongue will confess that Jesus Christ is Lord, to the glory of God the Father (Philippians 2:10-11).

Jesus Christ has many names

When the angel Gabriel announced the birth of “the Son of the most High”, he told Mary to call his name Jesus. That was his personal human name. It means “the one who saves”, which is exactly what Jesus did! In the Bible, we find many more names, such as “the Son of God”, “the Lord”, “our Savior”, but also “Christ” or “Messiah”. That last term is used in the Old Testament, before Jesus was born, to indicate the Savior whom God would send. Jesus indeed is this long-awaited Messiah, although many Jews do not recognize him as such.

There are still other names that indicate some of Jesus’ attributes, such as “the good Shepherd”, “the Son of man”, “the Word”, and so on. All of these names express some aspect of Jesus’ multi-faceted personality and are sometimes combined.

One day, we will fully know who Jesus is

We don’t manage to fully understand or express who Jesus Christ is. But whoever believes in Him, may look forward to an eternal future in which he will know Jesus completely. “For now we see in a mirror dimly, but then face to face. Now I know in part; then I shall know fully, even as I have been fully known” (1 Corinthians 13:12).

Do you believe in Jesus Christ as your Lord and Savior?