What is the biblical view of nature? Is the earth our “mother”? 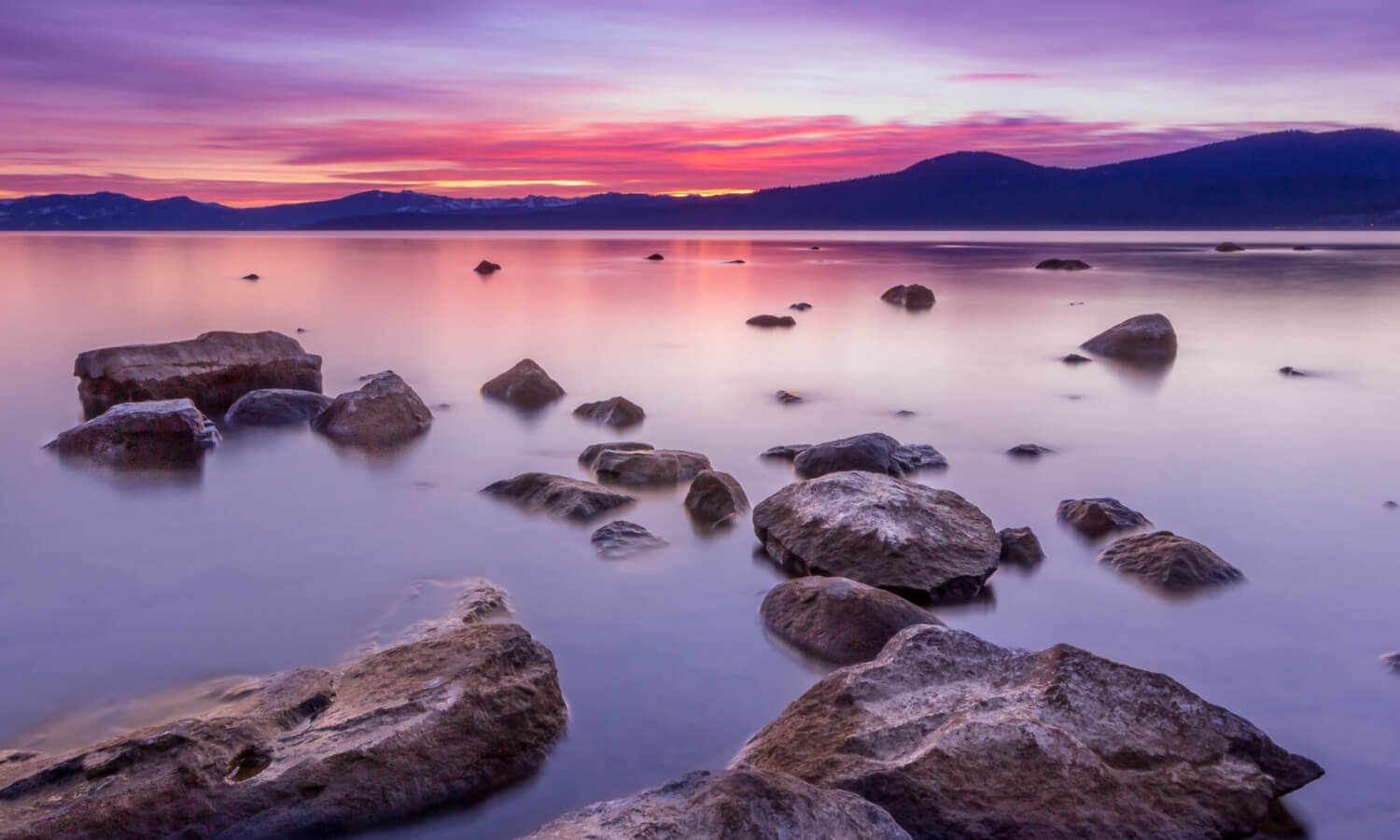 The newspapers are full of alarming reports about global warming and impending environmental disasters. Many people are concerned about the damage humans are doing to the earth and the life it supports. In this context, many speak about the earth as our “mother” who nourishes and maintains all living beings and whom we should treat with respect. This concept of “mother earth” has roots in mythical and philosophical traditions all over the world, but is it biblical?

The earth was created by God

The first book of the Bible starts at “the beginning” of the earth. In Genesis 1-2, it tells how God created heaven and earth, and then filled and ordered them step by step. He created the sea and the land, plants, animals and finally man. So, the earth is not the “source” or “mother” of humanity, but our “sister”, since we have a common Creator. The earth is not an animate or conscious being, but a beautiful work of art of the Lord God. As Psalm 102:25 and Hebrews 1:10 say:

“Of old you laid the foundation of the earth,
and the heavens are the work of your hands.”

Just as the earth and every living creature, along with all spiritual beings, were made by the power of God’s Word, the whole creation is kept together by the word of His power (Hebrews 1:3). Jesus preserves the world from falling apart and running into confusion. He holds the physical and spiritual world in His hands, and actively keeps them ticking. He upholds and guides all history, and also our personal lives, permitting some things to happen and restraining other things. He is the centripetal force of the universe.

The earth does not provide for man and animals. God does

All living things depend on God (Psalm 104:27-30). He feeds the birds. He causes the grass and crops to grow. He provides rain. When He takes away the breath of animals or people, they die. We are not dependent on the earth as our mother, but on God as our heavenly Father. He knows what we need and He will provide (Matthew 6:28-32).

We should not worship nature

Romans 1:22-23 describes people who worship created beings, “images resembling mortal man and birds and animals and creeping things”, as if they were gods. The Bible says this is a foolish thing to do. The same goes for worshiping stars and planets, the sun and the moon (see Deuteronomy 4:19). All these are created things, and therefore we should worship their Creator, the Lord God. Given the earth itself has also been created by Him, it falls into the same category. The earth is not a “mother” or a goddess; it is the work of God’s hands.

When God finished His creation work, He found it “very good”. The first humans lived in harmony with their Creator, and also with the animals and plants around them. There was no death and destruction, no thorns and thistles, no strife and violence. This was God’s ideal world. The law of the jungle did not apply here, but every creature was given its own place by God. The earth was not just a functional ecosystem, but a beautiful garden with a multitude of species, colors and shapes, carefully designed by the Lord. All of creation testified to His creativity and wisdom.

When sin entered creation, the earth was cursed (Genesis 3:17-18). A lot of its original perfection has been lost and creation is now subjected to futility (Romans 8:20-22). But God did not abandon His creation. He is still ruling the universe and the earth still reflects His goodness. We all know how impressive the sunrise can be, or the fragile beauty of a butterfly. Psalm 19:1 says that the heavens and the skies proclaim the work of God’s hands. Romans 1:18-20 says that “the things that have been made” clearly reveal God’s eternal power and divine nature.

The Bible also makes clear that we can’t perceive everything we need to know about the Lord from nature. We also need another source of revelation, His Word. But the information from nature should be enough to recognize that there is a God who made the world. Some people think that science and faith are polar opposites. But no, the more we learn about the world around us, the more clearly we can see the work of God and give Him the glory!

God created the earth as the dwelling place for humanity

Some contemporary environmental groups view humans as invaders who disrupt and damage nature. Their ideal picture is an earth where humans retreat as far as possible and let nature take its undisturbed course. God thinks differently. He considers humans to be the crown of His creation. After each day of creation, “God saw that it was good.” But on the last day, when man was created as the final piece of creation, God called this “very good.” God’s ideal world was not a pristine wilderness, but the earth where people and animals would live together. When He created humans, He instructed them to have children and thus fill the earth with people (Genesis 1:27-28; Genesis 9:1).

Man is essentially different from animals because he is created in God’s image. This difference is reflected in the rights and duties that God gave to man. He said that man was to subdue the earth and rule over the different kinds of animals. Adam was even allowed to name them. This shows that he was over them. It also indicates that man and animals did not live completely separate lives, but shared the Garden of Eden. This was God’s idea of a perfect world. Adam was employed by the Lord, as it were, to take care of His beautiful garden and to rule over every living creature (Genesis 1:28). He was allowed to eat the plants and enjoy the fruits, but was also to work and keep the garden. This was an honorable position and a great responsibility.

Sadly, we humans often are bad stewards of creation, leading to environmental degradation and pollution. Both the curse caused by our sin and our actual sinful behavior have dramatic consequences for our natural environment.

There is a spiritual side to nature

The earth is not an animate or conscious being, I claimed. But it neither is “just” an ecological system following natural laws. God has the power to intervene in natural processes to accomplish His goals. Winds and waves obey Him – as do locusts, raindrops and viruses. Not all that happens on earth, is directly caused by God. But both prophetic warnings and historical records in the Bible provide examples of natural catastrophes that were a direct result of divine judgment on people. When God told the Egyptians to let the people of Israel leave their country but they did not give in, God sent ten plagues: swarms of frogs, flies and locusts, water turned into blood, there were days of darkness, hailstorms, and so on. The land was completely destroyed till the Egyptian ruling class finally gave in (Psalm 105:26-36).

When King Ahab and the people of Israel abandoned God’s commandments to serve idols, God withheld rain and dew for three and a half years. When the people turned back to the Lord, it rained again (1 Kings 17:1-7). When the Israelites were repeatedly unfaithful to God, He warned them that they would be exiled and their land would turn into a wilderness (Isaiah 24:3-6). These examples show that the earth is not functioning independently, but is ruled by God.

The earth will be renewed and restored by God

The earth has been cursed because of sin, but it is still ruled by God. He allows bad things to happen, such as earthquakes, famines, pandemics and wars. I don’t understand why He allows sin to have such a devastating effect on His creation, but the Bible assures us all this fits in God’s larger plan and will somehow lead up to the final restoration of the universe. Then the heavens and the earth “will all wear out like a garment” and God “will change them like a robe” (Psalm 102:26; Isaiah 51:6; 2 Peter 3:13). But God Himself remains the same. He is still in control.

Since Jesus has solved the problem of human sin at the cross, the new earth will be free from sin and its consequences. Man will live there in harmony with God, with fellow humans and with nature (Isaiah 11:6).

The idea of the earth as our mother is not biblical. The Bible portrays nature as God’s beautiful work of art for which we have a responsibility, but of which He is the King.

“The earth is the Lord’s and the fullness thereof, the world and those who dwell therein.” (Psalm 24:1)