What does God teach us in the book of Esther? 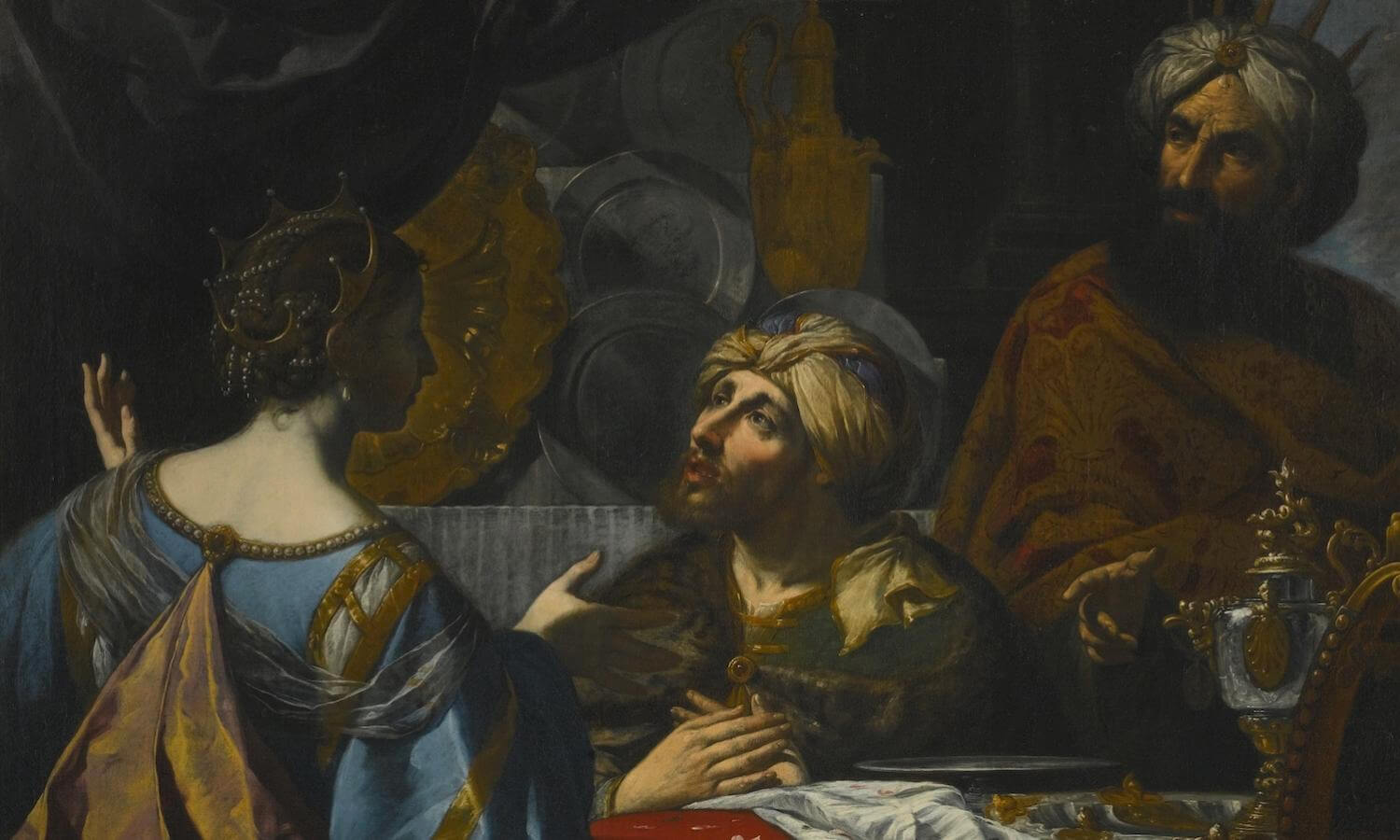 This is the outline of the book of Esther:

The book of Esther is set in Persia, where many Jews had been taken by Nebuchadnezzar when he conquered Israel. The King at the time of this story is Xerxes (also known as Ahasuerus).

Beginning of the story

The story begins when the King holds a great feast for the people, and the queen at the time, Vashti, holds one for the women. The King summons the Queen to his banquet, but she refuses to attend. The result of her refusal is to be removed from her position as Queen. Time elapses and the King begins to regret his decision, but his advisors suggest finding all the beautiful girls in the kingdom, from which the King would choose one to replace queen Vashti.

One of the girls brought into the palace was Haddasah, more commonly known as Esther. After four years since the queen Vashti had been removed, Esther went into the king, and he chose her above all the other women to be the next Queen. Esther’s uncle Mordecai, who had looked after her since she was a child, had told Esther not to reveal her nationality. Mordecai went to the palace daily to hear how Esther was doing.

Around the same time the King promoted a man called Haman to a very high position and ordered everyone to bow down to him. Mordecai would not do so, Haman was furious and when he realised Mordecai’s nationality he decided to destroy all the Jews, and not just Mordecai. The king, not knowing that this would affect Esther too, gave his assent to the plan.

Mordecai asked Esther to go to the King and ask for help. Esther fasted and prayed for three days with her servants, and then went to the king inviting him and Haman to a banquet. During the meal, the King realised that Esther had something to ask him, and she asked him to stop the annihilation of her people. Realising that the plan to destroy the Jews would include Esther, the King ordered Haman to be killed. Esther introduced the King to Mordecai who was then promoted to take Haman’s place.

The order to destroy the Jews could not be cancelled, but the King gave permission to the Jews to destroy their enemies instead. As a result of this turnaround of events, the feast of Purim was instituted. Pur means drawing lots, and the day chosen for the destruction of the Jews was chosen by drawing a lot, hence the name. This day celebrates the protection and saving of the Jews by Haman.

Even though this book is in the Bible and is about the Jewish people, nowhere is the name of God mentioned, but it is obvious through the book that God controlled the situation. Mordecai, the Jews, Esther and her servants were all praying to their God (the God of Jews and in this era the God of Christians too) and it is to Him that they give the honour of help, protection and salvation from Haman’s evil plot.