What does God teach us in Daniel? 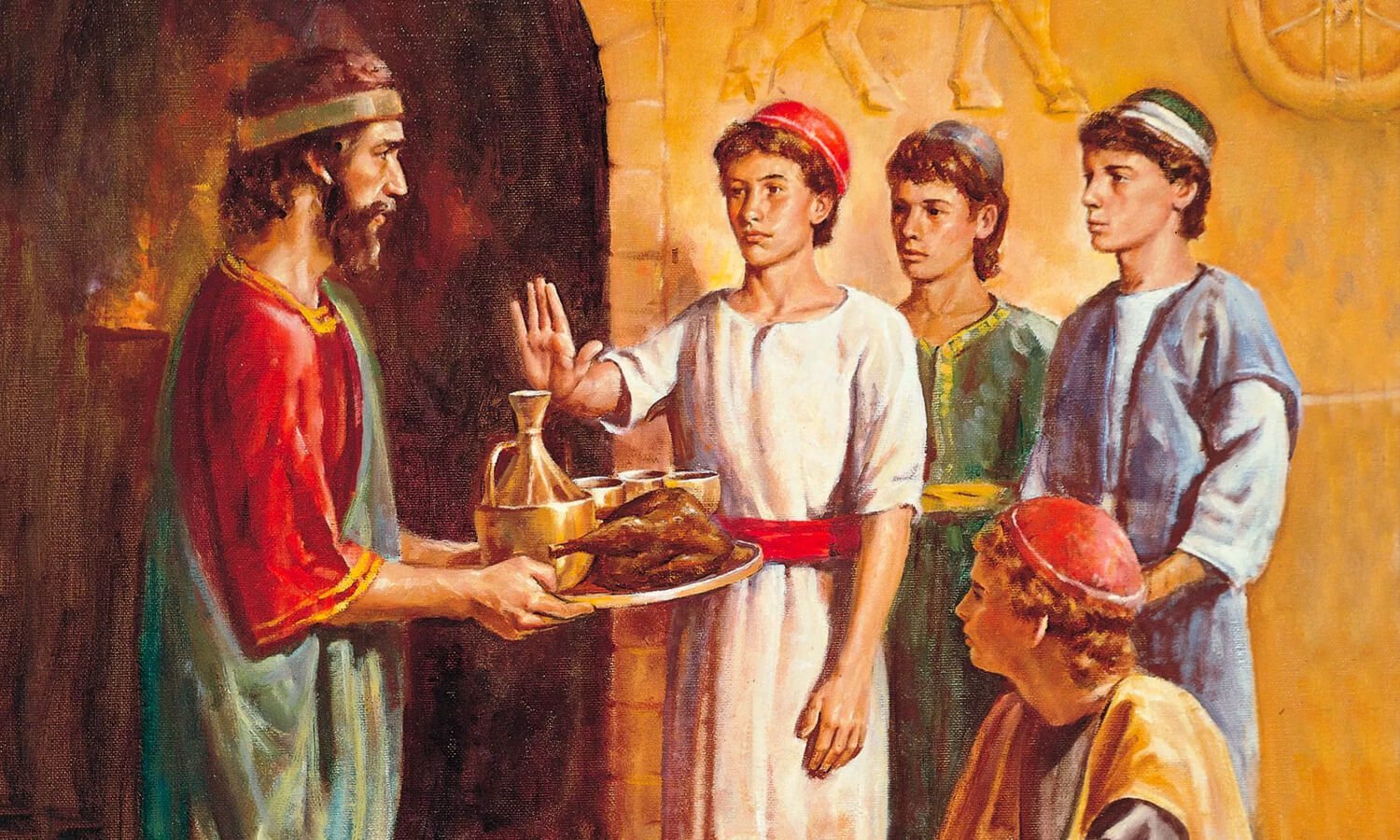 What comes to mind when you think of Daniel? The lion’s den! And, perhaps also, the chorus: “Dare to be a Daniel, dare o stand alone, Dare to have a purpose true, and dare to make it known.” That’s the wonderful teaching of Daniel 6. But there are 12 chapters in Daniel and much more that God wants to teach us. The first 6 chapters record events in Babylon during Daniel’s stay there. The second 6 are called ‘apocalyptic’ which means ‘unveiling’ in Greek. They record the dreams and visions given to Daniel by God.

Daniel lived about 600 years before Christ. Together with Hananiah, Mishael and Azariah, he was exiled to Babylon after Nebuchadnezzar conquered Jerusalem. They were probably in their teens when they were snatched away from their families. Their names were changed, they were made to study Babylonian literature and exposed to their culture and customs as training for their entry into the Babylonian civil service (Daniel 1:1-7).

Daniel and his friends were very clear in their minds what compromises they could and could not make. While the Babylonians worshiped many gods, they worshiped Yahweh, the one, true God. They made their stand clear right from the start when they refused to ‘defile’ themselves with ‘royal food and wine’. God honored their faithfulness and they were found to be “healthier and better nourished” than the others (Daniel 1:8-19). Later, when Daniel’s three friends refused to bow down and worship the golden image of King Nebuchadnezzar, they were thrown into a fiery furnace, but God intervened and they emerged unscathed (3:1-30).

When Darius the Mede invaded Babylon and decreed that anyone who prayed to any god but himself would be thrown into a den of lions, Daniel who prayed only to Yahweh was thrown to the lions. Again God intervened and Daniel emerged unscathed and Yahweh was glorified (6:1-27). When we stand up for God, unafraid of the consequences, He will honor our faithfulness and He will be glorified.

Daniel was called upon by Nebuchadnezzar to interpret two of his dreams (2:1-45, 4:1-27). Later, the Queen called him to interpret for King Belshazzar the writing that had mysteriously appeared on the wall (5:1-30). Why did even royalty seek the help of Daniel? Because he was known as a godly, wise and knowledgeable person who was honest and did not mince his words (4:27, 5:11-12, 5:17, 5:22-28). God does not expect all of us to be able to interpret dreams. However, through the power of the Holy Spirit, all of us can live godly lives. And all of us can ask God to grant us wisdom and the enabling to acquire knowledge. Daniel also teaches us to confront all wrong-doing fearlessly.

Daniel was aware from the Scriptures of Jeremiah’s prophecy concerning Jerusalem – that the desolation of the city would last 70 years
(9:1-2). He pleaded with God in prayer for his people, confessing the sins of the nation at the same time (9:4-19). Prayer and the study of God’s word helped Daniel to be steadfast in his faith in a country where the majority religion was idol-worship. The only way we can have any depth in our relationship with God is to have set times in which we can spend time with Him in prayer and in studying God’s word.

The dreams and visions that God gave Daniel (Daniel 7-12) deal with the future of the nations of the world. Some of the events described have already taken place for us. However, some are yet to take place and some describe the end times (12:1-12). We know from this that God is sovereign. He is the Alpha and the Omega and knows the beginning from the end. We can trust Him with our lives because we know that He loved us enough to send His Son to die for us (John 3:16).

We hope that you take time to read the whole book of Daniel and let God speak to you through His word.