What can we learn from the life of Elijah? 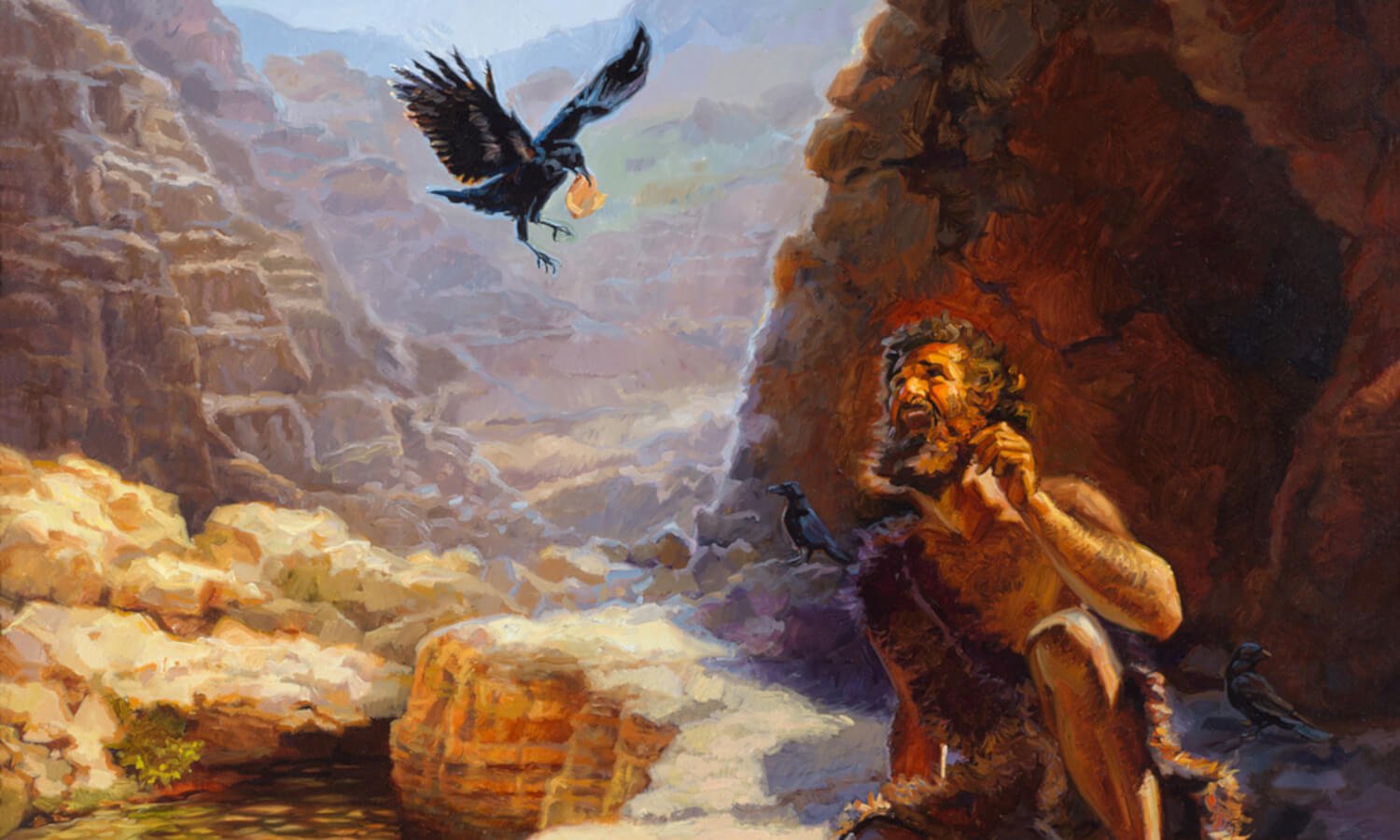 Elijah first arrives on the scene in the Bible in 1 Kings 17 when Ahab was king of the northern kingdom of Israel. Very little is known about him except that he was a Tishbite – possibly meaning the place of his birth was Tishbe.

At this point in Israel’s history, the nation of Israel was divided into two – the Northern kingdom, known as Israel and the Southern kingdom known as Judah. The southern kingdom on the whole still adhered to the worship of God and the temple was the center of worship for them.

The Northern kingdom had turned away from the king Rehoboam, Solomon’s son, and followed Jeroboam and made him king. In order to secure his kingdom he introduced idol worship and as a result the Northern Kingdom went farther and farther away from the Lord.

When Elijah comes on the scene, the king is Ahab, married to Jezebaal, who had been a priestess for Baal and Baal worship. She was renowned for her wickedness and led Ahab and the Northern kingdom deeper into sin.

In Elijah’s first appearance he confronts king Ahab with a prophecy from God that there would not be any rain for the next few years as a result of the kingdom’s wickedness.

From there God tells Elijah to go to the East side of Jordan to a brook called Kerith (Cherith). He was able to drink from the water of the brook and God fed him by sending ravens with meat and bread each day. When the brook dried up, Elijah was told by God to go to a widow in Zerephath. The journey was at least 120 miles but Elijah probably went a long way round to avoid being detected by Ahab’s spies who were looking for him.

God takes care of Elijah and the widow

The widow had been affected by the results of the drought and was out gathering firewood to make one last meal for her and her son when Elijah met her. He asked for a drink of water, and when she turned to get it for him he asked for something to eat.

This is when the widow informed him that she didn’t have anything except some flour and oil, just enough for her and her son’s last meal. Elijah asked her to make something for him first, and then gave the promise that the flour and oil would not run out for as long as it was needed.

As a result of this encounter, Elijah stayed with the widow and her son for the rest of the drought. During this time the woman’s faith was tested a second time when her son died. She questioned why this had happened but Elijah had no answer – he said “give me your son” and then took him to an upper room and cried out to God, for the woman and her son. The Lord answered Elijah’s cry and the son was raised to life. The widow was then convinced of Elijah’s calling and status as a man of God.

Who is the true God?

After three years of drought came the great encounter with Ahab and the prophets of Baal on Mount Carmel (1 Kings 18). Ahab the king was not repentant nor did he acknowledge God’s judgment through the drought. He still blamed Elijah.

Elijah set up a meeting with the king and himself, plus 450 prophets of Baal and any of the people who wanted to come. This was a show down between God and Baal. The plan was straight forward: there would be two altars with sacrifices prepared. The prophets of Baal would call on Baal to send fire, and then Elijah would call on God to send fire – whoever answered with fire for the sacrifices would be acknowledged as the one true God.

The prophets of Baal went first, and for hours called on Baal to send fire. Finally Elijah prepared his sacrifice, doused it with water and then called upon God who answered immediately with fire, consuming the sacrifice, wood, stones and even the water that was still at the base of the altar. At this, the people recognized God’s hand and shouted “the Lord, He is God! The Lord, He is God”.

Elijah ordered the death of the false prophets. Then he told Ahab that God would send rain. This happened. Sadly, after the victory of Carmel, Elijah ran away into the wilderness in fear of his life as Jezabel threatened to kill him.

Finally he sat under a juniper tree and told God that he had had enough and wanted to die. God gently dealt with him. He allowed him to sleep, prepared some food and water for him, and then let him sleep some more. God then led him to Horeb where he spent the night in a cave, and then God appeared to him. He recommissioned him, and reminded Elijah that even though he felt afraid and alone, God still had people who were worshiping him in Israel.

Elijah in the New Testament

Elijah is mentioned in the New Testament 30 times, many of these are to do with Jesus (see below). In Romans 11 the apostle Paul reminds us that Elijah felt completely alone but God still had Israelites who were still faithful to him. James 5:17 talks about Elijah being human just as we are, and yet his prayers were very effective.

The two well-known references of Elijah with Jesus are

Thanks to GospelImages for the image.