What can we learn from the life of David? 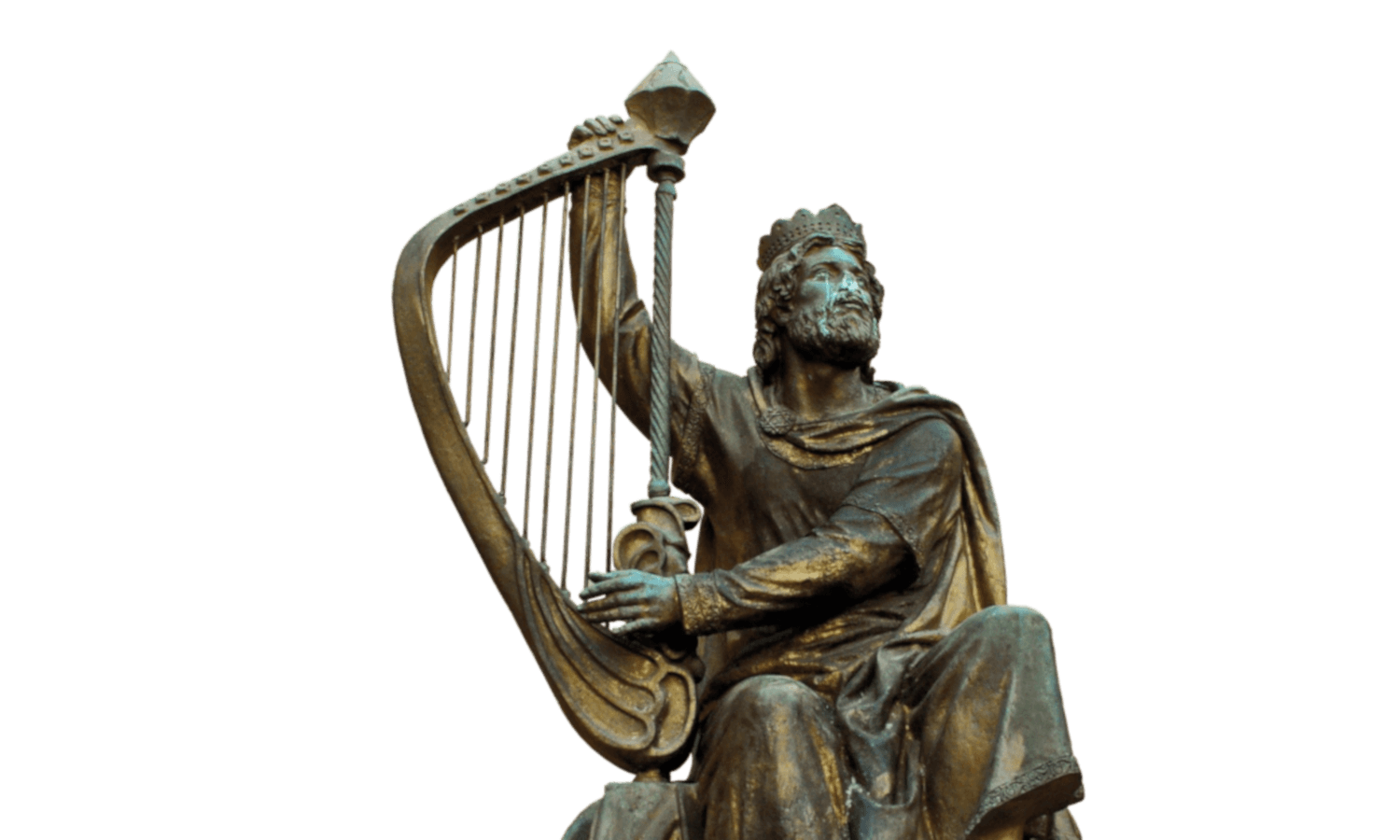 David is mentioned often in the Bible, mostly in the Old Testament but also in the New Testament. His life is described in the books 1 and 2 Samuel, and David himself wrote a lot of songs that are included in the book of Psalms. Given all this information about David, what can we learn from his life and from his writings?

David lived around the year 1000 BC (see timeline). He was born in Bethlehem, a small city in the country of Israel (about 10 km from Jerusalem). David was an Israelite from the tribe of Judah. He grew up under the reign of Israel’s first king, Saul. When he was 30 years old, he himself became Israel’s second king. He reigned 7.5 years over part of the country, and then another 33 years over all of the Israelites.

David has become the archetypal king of Israel, and a picture of the ultimate King, Jesus Christ. As has already been mentioned, he wrote a lot of Psalms. These are very personal songs about his spiritual life, or songs directly addressed at God. Reading them, we get to know David as a person who longed to serve, praise and trust God.

The first time we read about David in the Bible, he doesn’t seem to be an impressive person at all: he is the youngest son of Jesse the Bethlehemite and is keeping the sheep. When the prophet Samuel comes to Jesse’s family to sacrifice to the Lord (and secretly anoint a new king), David is not even called to join! Apparently, he doesn’t really count.

But this ordinary shepherd boy is elected by God to become the new king of Israel. That’s not an easy task, and it takes years before David will really be crowned as king. His predecessor Saul does whatever is in his might to prevent his ‘rival’ from taking over the throne. But despite all the difficulties he meets, David keeps trusting the Lord and experiences that God is with him. Amidst many trials, he turns out to be a wise and brave king.

During his reign, David is often in war with surrounding countries, and he enlarges his territory. As God comments later on: “I have been with you wherever you went and have cut off all your enemies from before you” (2 Samuel 7:9).

David was a man after God’s heart

God describes David as “a man after My own heart” (1 Samuel 13:14, Acts 13:22). That does not mean that he was blameless. We only need to read 2 Samuel 11 to see that David has fallen very low: he took the wife of one of his generals, Bathsheba, because she was very beautiful. When Bathsheba turned out to be pregnant, David called her husband Uriah home from the battle field hoping he would sleep with her. That would “solve” the problem of Bathsheba’s pregnancy. But Uriah didn’t go home, not even when made drunk, so David sent him back to the battle field with a letter ordering his death. After Uriah’s death, David married Bathsheba. The description of this whole story ends with a clear comment: “the thing that David had done displeased the Lord” (2 Samuel 11:27).

God didn’t let David get away with this. He confronted him with his sin, and David repented. Psalm 51 gives us an intimate glimpse of his emotions:

“I know my transgressions,
and my sin is ever before me.
Against You, You only, have I sinned
and done what is evil in Your sight,
[…]
Deliver me from bloodguiltiness, O God,
O God of my salvation,
and my tongue will sing aloud of Your righteousness.”

I think that’s what makes David “a man after God’s heart”: although he was a sinner, he always repented and returned to God. He trusted the Lord and tried to follow his commandments. That is for example expressed in Psalm 139:23-24:

“Search me, O God, and know my heart!
Try me and know my thoughts!
And see if there be any grievous way in me,
and lead me in the way everlasting!”

David received forgiveness and his relationship with God was restored. But he had to bear the consequences of his sin for the rest of his life. “The sword shall never depart from your house, because you have despised Me and have taken the wife of Uriah the Hittite to be your wife” (2 Samuel 12:10).

I cited a couple of Psalms already, and David wrote many more. Some are very personal, others meant for public worship. These songs have proven very precious to many believers, ranging from David’s contemporaries to present day Christians worldwide. They verbalize emotions of fear, despair, and confusion, but also of hope, trust, and praise. Although David’s life was different from ours, of course, his life with God is recognizable and inspiring for many.

David was the second king of Israel, and God promised him: “your house and your kingdom shall be made sure forever before Me. Your throne shall be established forever” (2 Samuel 7:16). The royal line of David has indeed brought forth many kings. His descendants reigned until the people of Israel were finally sent into exile. But that was not “forever”…

Jesus Christ as the Son of David

This brings us to the ultimate “Son of David”. As God had promised by the prophets, the Messiah would be from the royal line of David. People had very high expectations of this Messiah: he would restore Israel’s political freedom and bring overall prosperity. He would restore their relationship with God, and lead the people in righteousness.

When this Son of David finally came, many did not recognize or accept him. He did not (yet) bring political freedom and peace, but spiritual restoration. He came not (yet) as a triumphant King who destroyed his enemies, but as a suffering Servant who gave his life to make people right with God.

This Messiah is Jesus Christ. He has come to rescue his people from sin and death, and will return to reign in righteousness. “He will be great and will be called the Son of the Most High. And the Lord God will give to Him the throne of His father David and He will reign over the house of Jacob forever, and of His kingdom there will be no end” (Luke 1:32-33).