How did sin enter the world? 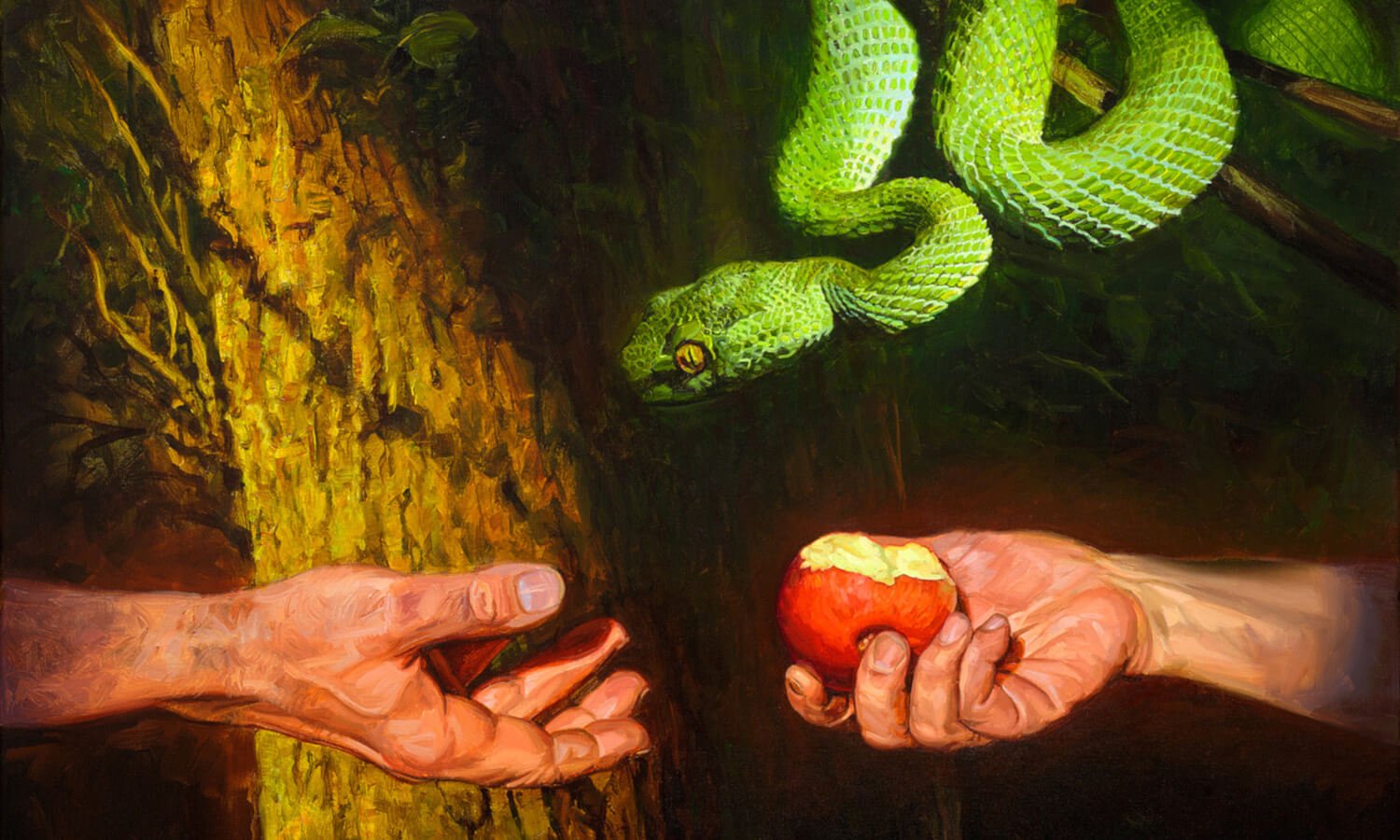 When God created the earth, it was perfectly good. The first chapter of the Bible tells us: “God saw everything that he had made, and behold, it was very good.” (Genesis 1:31). However, it is clear that there are also many bad things on earth today. To understand where these comes from, we have to go back to the very beginning of the history of the world.

In the first three chapters of the Bible, we find many important themes. In chapter 1, we learn that God exists. We also see that He is the sovereign Creator of all things. Above all, we learn that He created man in His image (Genesis 1:26-27). In short, this means that man is different from the rest of creation. We are moral and rational beings who are to represent God on earth (Genesis 1:28; Ephesians 4:24; Colossians 3:10). This also means that we have a unique relationship with God that is different from animals. This is clearly expressed throughout the Scriptures. In Genesis 2, God gives Adam a special command:

“The LORD God commanded the man, saying, From any tree of the garden you may eat freely; but from the tree of the knowledge of good and evil you shall not eat, for in the day that you eat from it you will surely die.” (Genesis 2:15-17)

The warning is clear enough, disobedience to God’s command leads to death (both physical and spiritual).

This is what we find in Chapter 3, where the serpent tempts Adam’s wife, Eve, to sin. We know from subsequent Scripture that this serpent was Satan or the Devil (Revelation 12:9; 20:2; cf. John 8:44). The Bible doesn’t describe what the serpent looked like, but there’s no reason to believe that the serpent looked any different from serpents (snakes) today. Although some have concluded that this account is parabolic or poetic, not representing literal history, we should think of it as a literal and historical account.

For instance, Adam is treated as a historical figure (Luke 3:38; Romans 5:12-14). To deny the historicity of this account is to bring the rest of Scripture into question. While it seems strange to us that a serpent could communicate with a human being in some way, we must give the benefit of the doubt to God’s word. Further, we do know that demons, which are fallen angels (Satan being the leader of fallen angels), can inhabit animal life (Mark 5:9-13).

The temptation and fall of mankind

In any case, we find here in Chapter 3 the temptation and Fall of mankind. The serpent begins by bringing doubts into Eve’s mind, as well as misquoting God (Genesis 3:1). Eve responds by correcting the serpent. The serpent then outright denies God’s word and essentially calls Him a liar: “You surely will not die!” (Genesis 3:4). The serpent basically brings into question God’s generosity and blessing, making it appear that God is holding back true quality and fullness of life. The serpent asserts that if Eve eats the fruit she will be like God. The irony in this is that man was created in the image and likeness of God. What more could they ask for!? Further, God instructed them to rule over the earth, including the animals (Genesis 1:28).

Here, however, the animal (serpent) is ruling over and influencing man. It appears that the serpent was tempting them to try to become equal with God, to overthrow God’s reign and rule themselves. Though this is not attainable, it is certainly what man attempts by denying the existence of God and seeking to live by their own rules. Next, Eve noticed that the forbidden fruit was good for food, it was a delight to the eyes, and the tree could make one wise. By her fleshly desires she ate the fruit and then gave to her husband (Adam), and he ate (Genesis 3:6). In short, this resulted in their spiritual death (sinful nature and separation from God; Genesis 3:8-13), as well as their physical death, though delayed (Genesis 5:5).

The sin of eating the fruit

It is important to keep in mind that there was nothing inherently sinful about eating the fruit. Rather, when God commanded the man not to eat it, then it became an established law for man to obey. The seriousness with this sin, as with all sin, is that it is against God and His law (Psalm 51:4; 1 John 3:4).

The promise of a Savior

Because of Adam’s sin, the rest of mankind after him is born with a sinful nature, living contrary to God and His ways (Psalm 51:5; Mark 7:20-23; Romans 5:12; Ephesians 2:1-3). However, God gave Adam and Eve the promise of a Savior, who would defeat the work of Satan (Genesis 3:15). Several thousand years later, this promise was fulfilled in Jesus Christ. In Colossians 2, for example, we are told that Christ has defeated Satan’s work through the cross, and that those who are united to Him by faith, have life in Him (Colossians 2:6-15; cf. Romans 6:23).

Evil and sin thus came into the world through the first human beings being seduced into sin by Satan, and since then all human beings have been born into this world as sinful creatures who are under God’s righteous judgment. They are in need of a Savior, and this Savior is Jesus Christ, who perfectly obeyed God’s will and bore our sin and punishment on the cross. He rose victoriously from the grave, conquering sin and death. Those who repent of their sins and believe in Christ alone for their salvation will be saved!

Thanks to GospelImages for the painting.