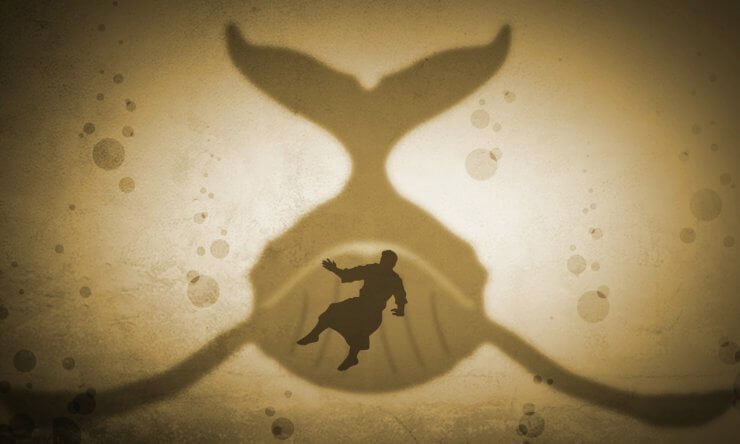 “And the LORD appointed a great fish to swallow up Jonah. And Jonah was in the belly of the fish three days and three nights.” (Jonah 1:17)

As soon as Jonah was hurled into the sea, “the sea ceased from its raging”. His solution had worked. But Jonah did not
drown. God intervened again in a supernatural way: He appointed a great fish that swallowed Jonah. Three days and
three nights he was in the belly of this fish, “in the heart of the seas”. There was no way out. But, as we read in the next
chapter, after these three days, the fish vomited Jonah out upon the beach!

Jesus Christ uses this miraculous story as a metaphor for his own death and resurrection. When Jesus was crucified,
He was buried in a tomb “in the heart of the earth” (Matthew 12:40). Death had triumphed. There was no way out. But
three days later, He rose again! The grave had to let Him go, He came back to life.

Jonah’s story is a miracle, a sign that God is stronger than natural forces, stronger than the sea and the winds, stronger even than death. Jesus’ resurrection is God’s ultimate triumph. Death could not hold Him. Nothing can hinder Him from fulfilling His plans!

Did you ever experience God’s intervention in your life somehow?