Menu
Home » Bible » Bible as a book » Properties of the Bible » The Clarity of Scripture: can we understand the Bible?

The Clarity of Scripture: can we understand the Bible? 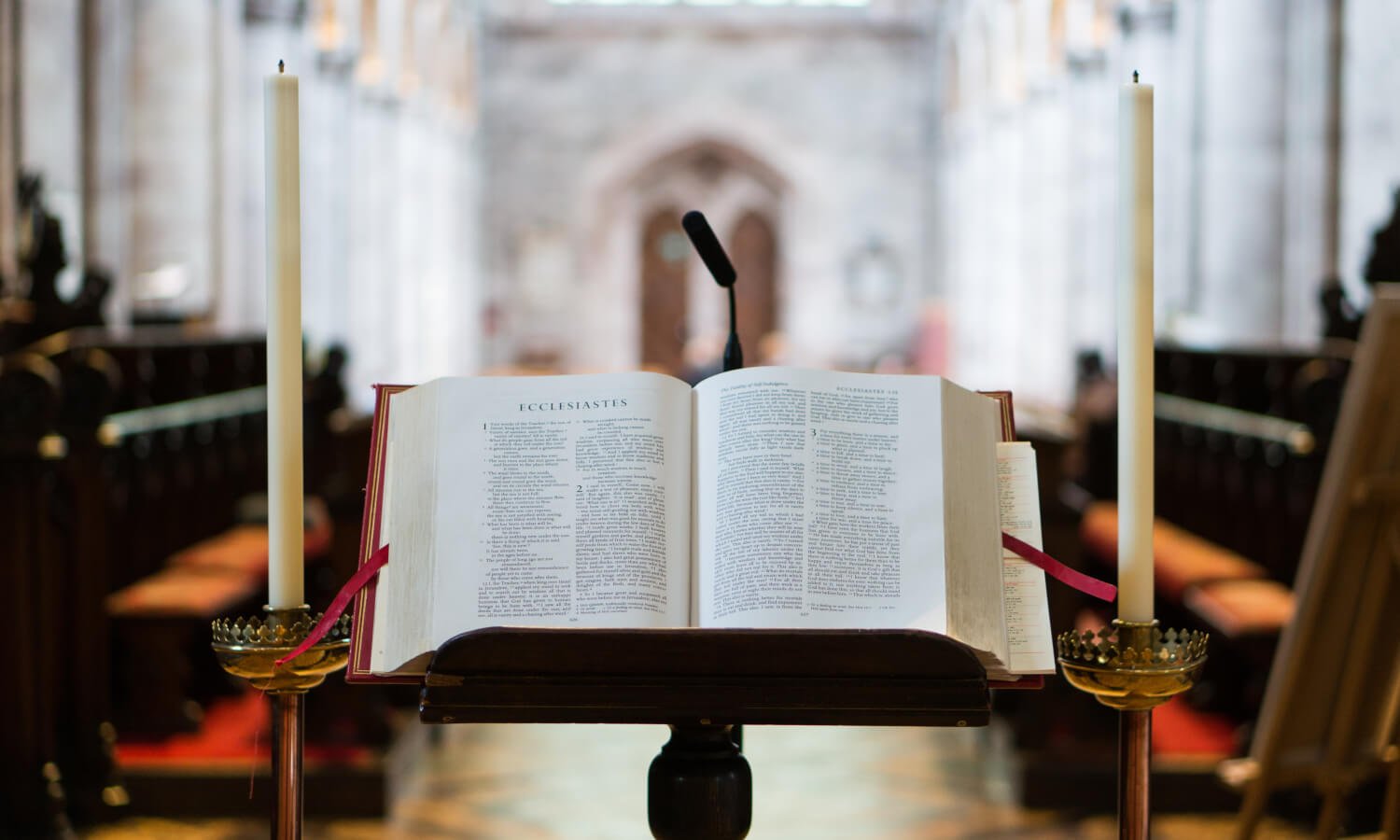 For much of church history, the answer to the question ‘Can we understand the Bible?’ for most people would have been no. The simple reason being that the Bible was only available in Hebrew, Greek, and Latin. Most ordinary Christians in Christian Europe did not speak those languages. Even if they did, books had to be hand-copied and were very expensive. Only very rich people could afford books and many people could not read anyway. The clergy, people who were educated to read and explain the Bible, were necessary to teach the normal people what was in the Bible.

The clergy necessary to understand the Bible

During the reformation, the time of great spiritual change in the 16th century, people started to translate the Bible into languages that common people in Europe used. English, German, and so on. Also, the printing press was invented, making Bibles much cheaper. Suddenly a lot of people could read the Bible for themselves. However, the Roman Catholic church was not very happy about that. They believed that it was dangerous to let people read the Bible for themselves without an educated person, a clergy member, to explain it to them.

The Bible is clear in itself

The leaders of the reformation did not agree, and they formulated a doctrine about the ‘Clarity of Scripture’. They argued that all the things we need to know for our salvation are explained clearly enough in the Bible, so that any ordinary person can understand it. This became widely accepted, and today all over the world, Christians have their own Bibles, and read and study them alone and with others. Missionaries still translate the Bible in more languages, so that even people in the remotest parts of the world can read the Bible for themselves. Other missionaries put Bibles in hotel rooms and hospitals and many other public places. Some Christians have to wait and pray for years to get their own Bible and they will take many risks to get it.

The Bible is not always easy to understand

But the Catholic church had a point. The Bible is a very special collection of writings, spanning centuries. There are stories, poems, laws, letters, songs, and so on. Not everything in the Bible can be applied to any person or any situation in any age. Jacob had four wives, which does not mean God thinks we should encourage polygamy in the church. Peter was invited to walk on water, but I don’t suggest you try. So, reading the Bible needs to be done carefully, comparing different parts and considering the context in which it was written. We may not need to depend on a priest, but we do need to use our God-given common sense, and the guidance of the Holy Spirit to help us understand.

Some things we can’t understand

Even though everything we need in order to know, love, and serve God is clearly presented in the Bible, we should not expect we can understand everything. There are many difficult issues in the Bible that even scholars wrestle with. Some things are lost in the mist of time, and we can only guess what they mean.

Still, you and I can read God’s word, and use it to build each other up, strengthen our faith, find wisdom for daily life, love God more, be comforted in our trouble and find assurance in His love and salvation. What we can’t understand, we can pray about, ask other believers or our leaders, and study diligently to grow in understanding. But you don’t have to understand all of it to be nurtured and blessed by God’s word.

Pick up your Bible, pray, read, and study. You will be challenged and baffled at times. If some things are too complicated for you, just return to the simple words of Jesus in the gospels. Right there you can find what your soul needs. “God so loved the world that He gave His only begotten Son, that whoever believes in Him will not perish but have eternal life” (John 3:16).