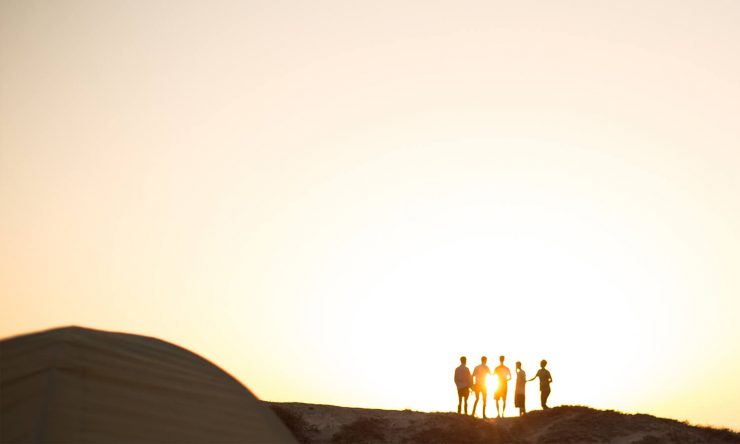 Rejoicing together about Jesus’ resurrection

“And they rose that same hour and returned to Jerusalem. And they found the eleven and those who were with them gathered together, saying, ‘The Lord has risen indeed, and has appeared to Simon!’” (Luke 24:33-34)

Luke 24 tells us about two friends who received the good news that Jesus had risen from the dead. Initially, they did not believe it. But they were convinced by the risen Christ Himself! He met them on their way towards the village of Emmaus, about seven miles from Jerusalem, and “interpreted to them in all the Scriptures the things concerning himself.” (Luke 24:27) When they finally understood that He had really risen and was there with them, He vanished from their sight.

When these two disciples reached Emmaus, it already was toward evening. Then they had a meal with Jesus, so it must have been pretty late when the good news got through to them. But they did not hesitate to walk back those seven miles again, they “rose that same hour and returned to Jerusalem.” They could not keep this news for themselves, but wanted to share it with the other disciples who were still gathered there! After all, “shared joy is a double joy”, especially concerning such vital news.

Do you have friends to share good news with? Are there people around you with whom you can share the joy of Jesus’
resurrection?

100% Free Bible Course
We now offer a 100% free, Internet based Bible course. In 15 short lessons you will learn God's message for you in his Word.
Click here to enroll
Easter friendship