How does God respond to disability? 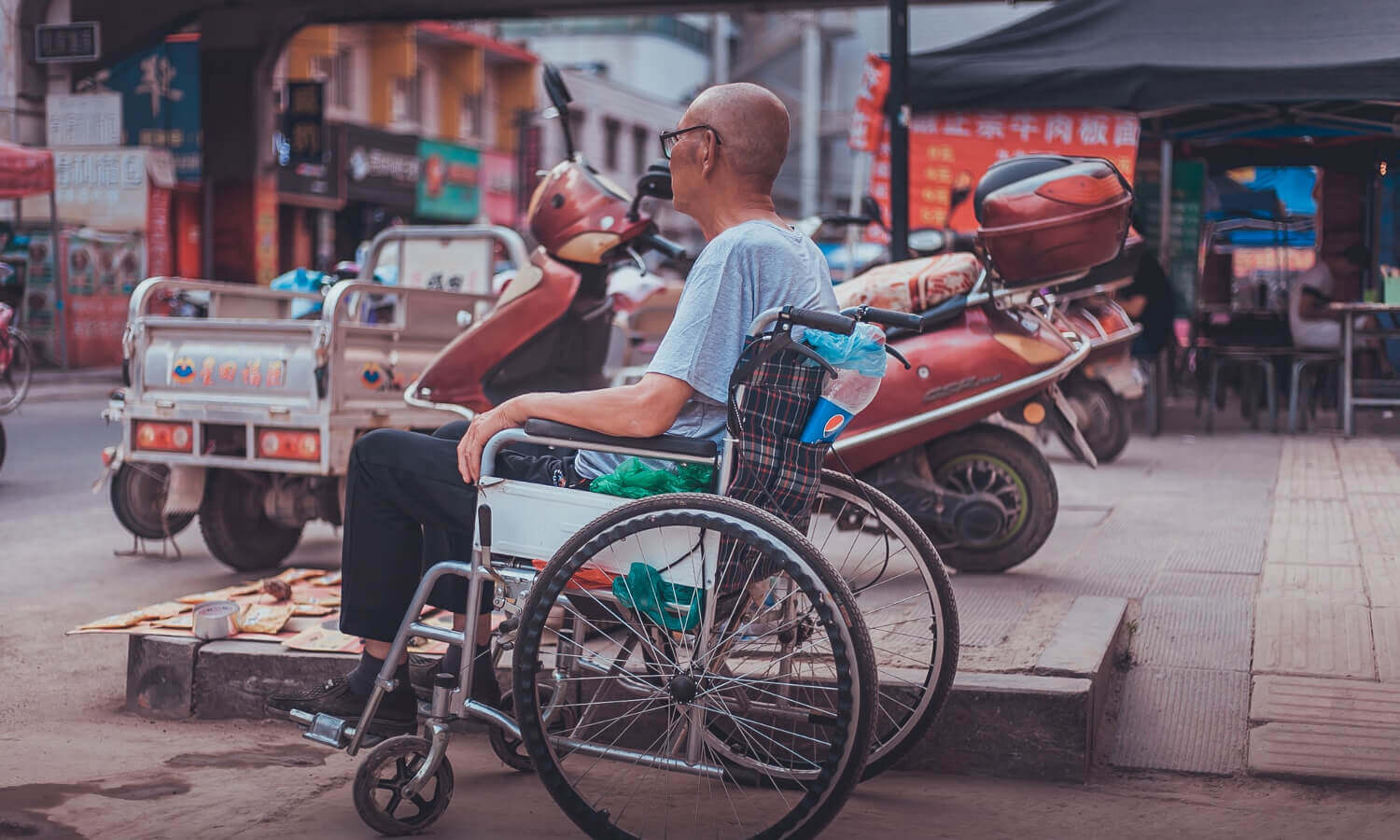 There are many examples of disability in the Bible. Let’s look at some of these key texts that show how God responds to disability.

1. God seeks to protect the vulnerable in society

“You shall not curse the deaf or put a stumbling block before the blind, but you shall fear your God: I am the Lord” (Leviticus 19:14).

2. God seeks to show kindness to those with disabilities

The story of David and Mephibosheth (2 Samuel 9) is one of the most poignant accounts of disability in the scriptures.

King David has just ascended to the throne and in the height of his power, he seeks to show compassion to the family of his predecessor, King Saul and his son, Jonathan. In those days, it would have been expected for a new king to utterly wipe out any surviving relative of the former king to prevent an uprising, but here, David does the opposite and seeks to bestow blessing and favor to the house of the former king. As it turns out, there is only one relative left, a man named Mephibosheth who is branded by his disability, “he is crippled in both his feet” (2 Samuel 9:13).

Mephibosheth was in hiding, fearing David would come to kill him so when David finds him, he lies face down and cries “what have you to do with a dead dog as I” (2 Samuel 9:8). Mephibosheth counted himself less than useless. He was a nobody, a marginalized outcast who was as much use to society as a dead dog.

But David (perhaps foreshadowing how Jesus would act), in an act of unmerited kindness, invites Mephibosheth to the king’s table and makes him like one of his own sons. The one who was rejected by society as weak and useless and was even perhaps a liability to the new kingdom or an embarrassment, is now lifted up to sit with the king’s sons, have a seat at the king’s table and live at the king’s palace. This is a wonderful picture of compassion toward the needy, the uplifting of the worthless, simply out of love.

Mephibosheth did not “get better”. He was not healed of his condition. He remained in his paralytic state, but the model displayed by David is that God’s people are called to identify with those the world rejects and do what they can to ease their burdens.

3. God includes people with disabilities in His Kingdom

“Then the master of the house became angry and said to his servant, Go out quickly to the streets and lanes of the city, and bring in the poor and crippled and blind and lame” (Luke 14:21).

In Luke 14, Jesus told a parable about the great banquet. Jesus explained that many had been invited to a banquet but one by one, the invitees refused. The cares of the world either diverted their attention or kept them from coming. Indignant, the banquet host ordered his servants to fill the banquet hall with “the poor and crippled and blind and lame” (Luke 14:21). When this was done, he told the servants to go again to the more obscure places outside the city and “compel people to come in, that my house may be filled” (Luke 14:23).

Jesus gives us a wonderful picture of a grand banquet where the only guests would be those least expected to be at such a banquet table – around the table were the physically disabled and the socially marginalized, the ones deemed unworthy of being at such an occasion.

This passage is crucial for our understanding of disability in the Kingdom of God. Jesus is stating that the Kingdom of God is for everyone. Unlike society at the time, God beckons those who are lowly to come and be part of his Kingdom. He welcomes those that the world has forgotten or willfully ignored, but more than this, He uses them for his glory.

4. God uses people with disabilities for his Kingdom purposes

But it is interesting that when God first called Moses for this job, Moses did not consider himself ‘fit for purpose’ by any standard. Moses raised objection after objection that he was not the man for the job. Finally, Moses said, “O my Lord, I am not eloquent, either in the past or since you have spoken to Your servant, but I am slow of speech and of tongue” (Exodus 4:10).

Moses considered himself to have some sort of disabling speech impediment that deemed him unusable (in his eyes) for God’s service. But God’s response is final and startling… “Who has made man’s mouth? Who makes him mute, or deaf, or seeing, or blind? Is it not I the Lord?” (Exodus 4:11). In this astonishing response, God does not deny responsibility for conditions we consider disabilities; rather, to our surprise, God takes credit for them! God says these things come from Him and are made by Him. This is a hard statement! And we must accept it and learn from it.

We cannot say God made a mistake when He made Moses’ tongue. God had made him fit for purpose. By the world’s standards Moses probably wouldn’t have been the first choice for leader of God’s people, but God makes no mistakes. He not only makes us the way we are, but He makes us for a purpose, and should He choose to do so, He uses us despite our apparent weaknesses for his Kingdom purposes and to accomplish great things for Him (1 Corinthians 1:27-31).

What this means for today

In the parable of the great banquet, God sent his servants out into the world to beckon people to come a great feast. This feast, which represents heaven, is a picture of modern-day inclusivity. Being inclusive of people who have disabilities means to ensure that everybody has the same opportunities to participate in every aspect of life to the best of their ability and desires. I believe this is God’s heart’s desire for his Kingdom, which was lived out in the activity of Jesus, the Son of God, during his earthly ministry.

There are multiple texts of Jesus reaching out to those who were outcasts because of their disability or disease. Jesus heard blind Bartimaeus’s cries for help when everyone else told him to shut up (Mark 10:46-52). He reached out and touched those who were considered unclean because of leprosy (Matthew 8:3). He went to the places where people with disabilities congregated and knew their individual needs (John 5:1-9). As always, He was not only concerned with the physical needs He saw around him but was primarily concerned for these individuals’ spiritual needs (Luke 5:20).

Throughout the Bible, we see God seeking to protect people with disabilities, preserving and enforcing their rights, including them in his Kingdom and using individuals with disabilities for His glory.

We are all invited to the great banquet. The criteria for being invited does not depend on your physical ability or intellectual ability. It doesn’t even depend on how religious you are. All that matters is that we accept the invitation from Jesus Christ himself: “I am the way the truth and the life. No one comes to the Father except through Me” (John 14:6).

Jesus made a way for all who believe in Him to come into the Kingdom of God. For those who have accepted Christ’s invitation will have place in God’s full house. There, all the horrible effects of sin will be reversed. Our lowly limited, compromised bodies will be transformed to be like His (Jesus’) glorious body (Philippians 3:21). We know that in heaven, God “will wipe every tear from their eyes, and there will be no more death or sorrow or crying or pain. All these things are gone forever” (Revelation 21:4).

This is the Christian hope, but until that day, followers of Christ must live with compassionate hearts to reach the needs of our broken world. This is the heart of God and his desire for those with disabilities living in the world today.