Does God approve of abortion? 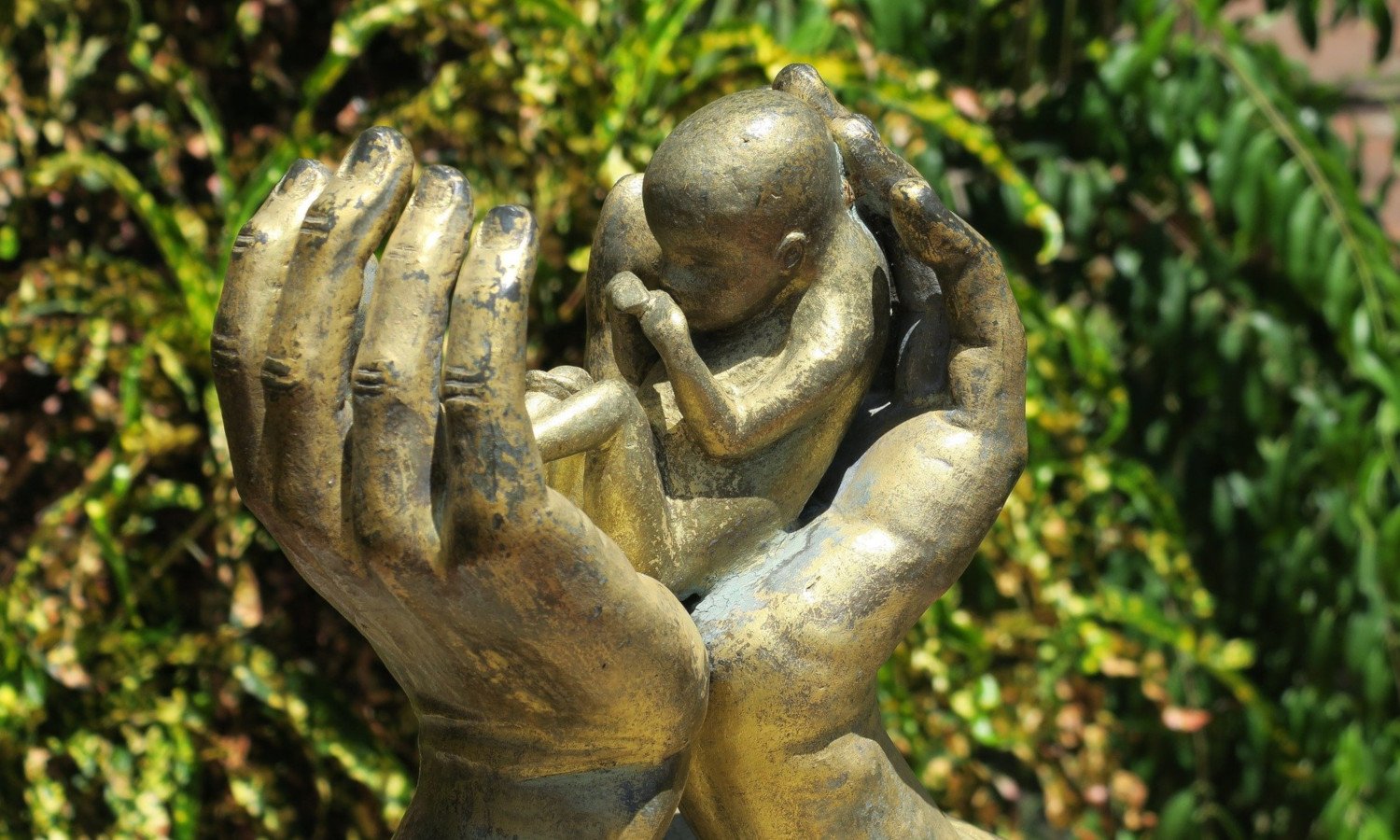 In many countries around the globe, abortion is considered a legitimate option when a woman is pregnant but doesn’t want the baby. The proponents of abortion argue that women should have a free choice to terminate their pregnancy.

The opponents of abortion argue that a fetus is a developing human person, and has the basic human right to live. Abortion is thus considered murder.
Since this debate is literally of life importance, let’s explore what the Bible tells us about God’s view of abortion.

Is a fetus a human being?

The Bible is clear that humans are not allowed to murder fellow human beings: “You shall not murder” (Exodus 20:13). (See this article for an article about the difference between legitimate killing and murder). Killing defenseless children is an abomination in God’s sight (see e.g. Jeremiah 32:35, Psalm 94:6-10).

In the debate about abortion, it is therefore crucial to discern whether a fetus is already a human being or just a clump of cells, as some people claim.

There are various opinions about when exactly human life starts, when an embryo becomes a person. Some think this starts right at conception, others take the first heart beat as a starting point, or the moment the embryo is implanted in the mother’s uterus. But all this happens in the first three weeks after the conception – long before most abortions are performed.

It is simply absurd to claim that a fetus is just a clump of cells, given it grows and develops and contains all the genetic material needed to develop into a unique personality. A fetus is nothing less than a preborn person.

The development of a human being is amazing. The Bible makes clear that God is the Creator of the whole universe, and of every individual human. Psalm 139:13-16 sings about his care for preborn life:

“For You formed my inward parts;
You knitted me together in my mother’s womb.
I praise You, for I am fearfully and wonderfully made.
Wonderful are Your works;
my soul knows it very well.
My frame was not hidden from You,
when I was being made in secret,
intricately woven in the depths of the earth.
Your eyes saw my unformed substance;
in Your book were written, every one of them,
the days that were formed for me,
when as yet there was none of them.”

“Before I formed you in the womb I knew you,
and before you were born I consecrated you;
I appointed you a prophet to the nations.”

So yes, God knows and values preborn life. Even when a fetus still has an “unformed substance”, every one of his days is written in God’s book. Its outward appearance does not influence its worth in God’s sight.

What reasons could there be to abort a fetus?

When a fetus is a human being, and if every human being is valuable to God, then abortion is murder. There is only one legitimate ground to take the life of an unborn child, namely to save the life of his/her mother, and so to prevent that both would die. But to be honest, this situation is very rare.

The overwhelming majority of abortions are performed with other motives, contradicting what the Bible says. Some reasons are clearly not valuing the well-being of the fetus, only that of the mother: some women think their life will be ruined if they get a child before they finish their education, some think they already have enough children, others consider themselves too young, or their economic situation is difficult. These issues can be serious. These women need help. But in such cases, abortion is never a legitimate solution.

Are illnesses and disabilities a legitimate ground for abortion?

A more complex ground for abortion can be the fetus’ health. Modern screening tests can reveal handicaps and serious illnesses before the child is born. Some of these might be so serious that the baby has little chance of survival. Others might not be life threatening, but may have a serious impact on the child’s health and its “quality of life”. In such cases, some parents make the decision to abort the child in order to prevent future suffering. They might take this decision after much consideration and out of genuine love.

But I think we humans can’t decide about the life of another person. Only God can. As Christians, we know that human life has infinite worth, no matter whether the child is handicapped and disabled.

In this respect, humans are fundamentally different from animals in that they have an immortal soul. Moreover, since God is the Creator of this developing human life, we don’t even have the right to take it. “The earth is the LORD’s and the fullness thereof, the world and those who dwell therein” (Psalm 24:1). Decisions concerning medical treatments can be extremely complex, and there are no easy answers. But I think abortion is not the right solution.

What if I had an abortion?

Many women have had an abortion. Given our conclusion that God does not approve of abortion, what should you do if you had one?

First of all, confess your sin and ask for forgiveness (1 John 1:9, 1 John 2:1-2). Although abortion is a serious sin, there is no reason to think that God wouldn’t forgive you. He forgives murderers if they repent.

Moreover, having an abortion can have long-term consequences, both physically and emotionally. If you wrestle with these, please seek help. Christian counseling can particularly help you come to terms with your past decision and its consequences. For not only unborn babies, but also their mothers are precious in God’s sight. He wants your welfare, and wants to give you a future and a hope (Jeremiah 29:11).