“Sin” is a key concept in the Bible. In short, sin is anything that opposes God’s holiness – be it words, deeds or desires. Sin is rebellion against God, resulting in eternal death. 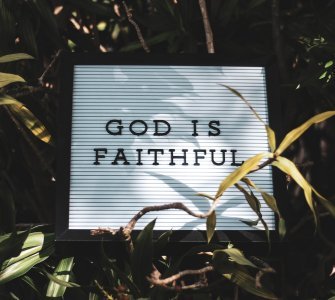 What does God do to people with a wicked heart?

In Genesis 6:5 it says that people are evil. “The Lord saw that the wickedness of man was great in the earth, and that every intention of the thoughts of his heart was only evil continually.” So what does the Lord God... 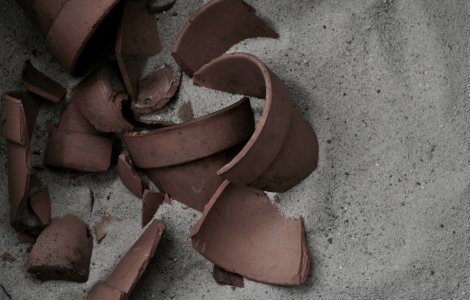 How has sin affected man?

The Westminster Shorter Catechism and other confessions of faith define sin as “lack of conformity with or transgression of the law of God”. Therefore, it is necessary to know its essence based on biblical... 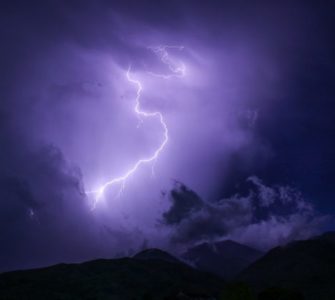 Why are humans evil?

This question assumes that people are evil. Many won’t agree with this assumption – especially not when it comes to themselves. But from a biblical perspective, human evil is a given. Three times over, the Bible plainly...

Where does sin come from?

When God created the earth, it was perfect. The first humans, Adam and Eve, were sinless. They were created for God’s glory. They lived in perfect harmony with God, with one another and with all creation. But already in the third chapter of the Bible, we read how sin and destruction entered God’s creation.

Satan, the opponent of God, makes Eve doubt God’s goodness by telling lies about him. He makes her discontented with her position as a human, and tells her that by disobeying God she will become like God herself: "For God knows that when you eat of it your eyes will be opened, and you will be like God, knowing good and evil" (Genesis 3:5).

Unfortunately, Eve believes satan instead of God, and she eats from the fruit God had forbidden. Adam joins her in her rebellion, and immediately afterwards they realize that everything has changed – not like satan had promised them, but like God had told them. From then on, the earth is filled with sin, unbelief, and rebellion – with disastrous results. Not only Adam and Eve have sinned, but their offspring inherits their sinful hearts. "Sin came into the world through one man, and death through sin, and so death spread to all men because all sinned" (Romans 5:12).

Sin has severe consequences for our relationship with other humans and with creation, but it is first and foremost about our relationship with God. Sin is rebellion against God. Humans doubt God’s goodness and wisdom; they prefer their own definition of good and evil and live accordingly. They often fail to do what they should do, and commit evil instead. See for example Matthew 15:19 - "For out of the heart come evil thoughts, murder, adultery, sexual immorality, theft, false witness, slander".

This quote shows that sin is both about people’s heart (their intentions, their inner being) as about their actual behavior.

What are the consequences of human sin?

Sin insults God, and evokes his wrath. When Adam en Eve sinned, they therefore faced the consequences that God had already warned them for: "you shall surely die" (Genesis 2:17).

This “death” is physical, spiritual and eternal. Physical death is visible all around us: people die, people fall ill, animals kill each other… Spiritual death means that no human is able to fulfill his original life goal: to honor God. People are corrupted and evil. "None is righteous, no, not one; no one understands; no one seeks for God. All have turned aside; together they have become worthless; no one does good, not even one" (Romans 3:10-12, Psalm 14:2-3).

Eternal death means that sinful humans deserve eternal punishment after they die. They must spend eternity without God in hell, a place of utter horror.

Has sin the final word?

When God met Adam and Eve after they first rebelled against him, He cursed them but He also offered a way of escape. He promised that satan would be destroyed by the offspring of the woman (Genesis 3). Further on in the Bible, we learn that this offspring is Jesus. He is God, but He also became human in order to atone for humanity’s sin. He suffered and died in their place, and thereby stilled God’s wrath. Whoever believes in Jesus, is saved from the guilt and power of sin.