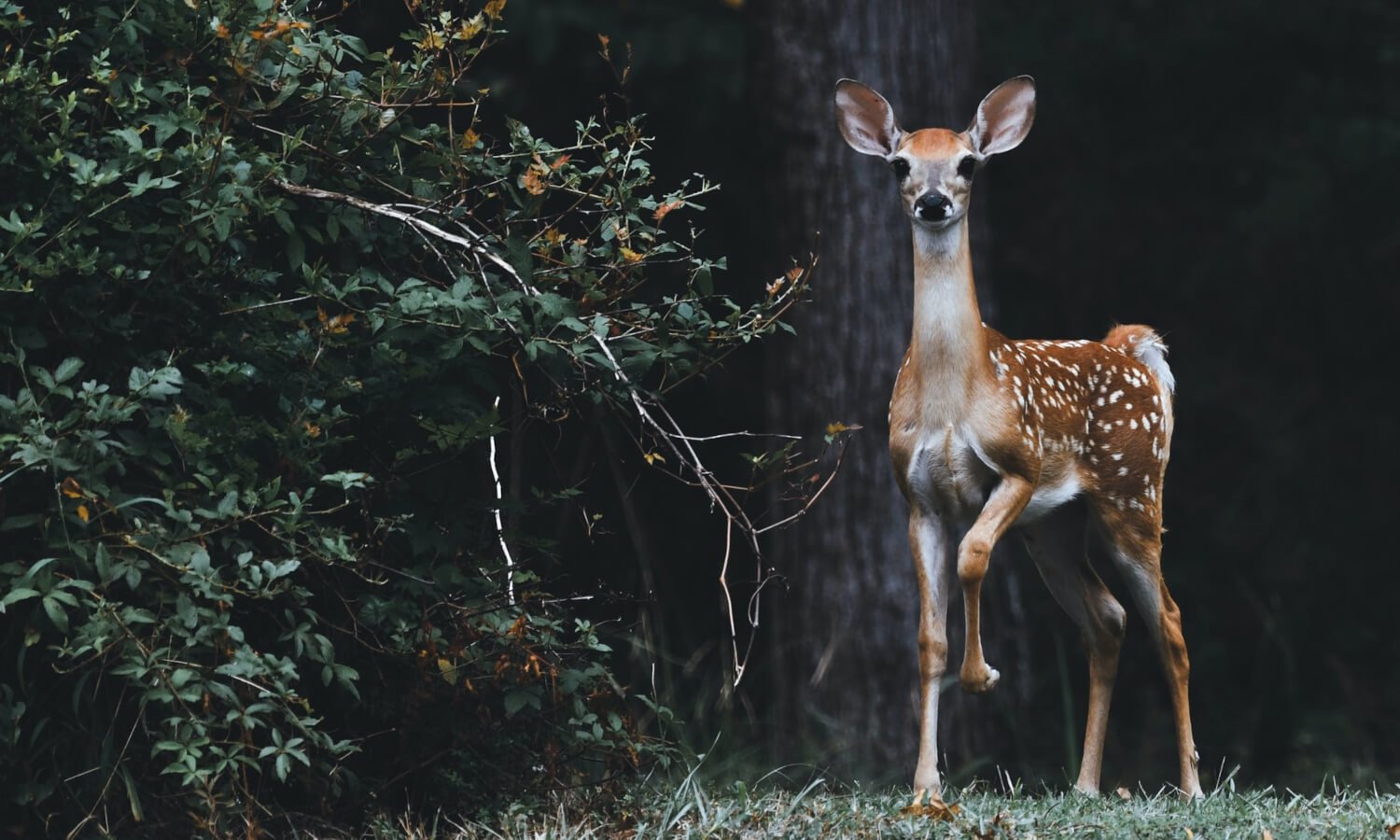 There are many images in the Bible that are used to convey certain aspects of God’s Word to man. In the majority of cases, these are images from nature or everyday life. They are images that people in biblical times understood because they were familiar. Thus, one knew the work of the potter and could understand the potter image (Jeremiah 18, 19), as well as the image of the shepherd (Psalm 23) and of the ox and donkey who know owner and manger (Isaiah 1:3). It was also known that stains of scarlet were indelible and that the pure white snow on Hermon disappeared into the sun (Isaiah 1:18); therefore, the divine promise of perfect forgiveness of sins by repentance to God could be understood. That call to come still rings out!

In the text of the Hebrew Bible, אַיָּל / “ayyal” occurs with the feminine form “ayyala” (hind). In biblical times, the deer lived in a wide area of the ancient Near East. Remains of the bones of the red deer have been found in Lebanon, as well as at Tel Dan; but especially in the area of the Mount Carmel archaeologists have found many remains of these animals, such as skulls and bones. The archaeological finds also show that the deer was used a lot as food, given the meal remains that were found. The three different species of the “ayyal” / deer family that lived in the area of Israel have become extinct because of much hunting. Until the end of the 19th century, many deer lived on Mount Carmel …

It is not surprising that the image of the deer, which has always appealed to man, is also used regularly in the Scriptures. After all, a deer / “ayyal” was a well-known image of nature that people understood in the Old Testament times. It is noticeable that different aspects of this beautiful animal come to the fore as an example. In this way we are presented with several spiritual lessons on the basis of the appealing deer image.

The deer is a very beautiful, slender built animal, an image of beauty. The animal has a remarkably graceful and agile gait and can be very fast and is therefore also an image of speed. Without any effort, a deer / “ayyal” jumps over a fence, bush or other obstacle and, in an emergency, it overcomes obstacles on the escape path. Moreover, it knows how and where to stand firmly. This also makes the animal an image of agility. A deer / “ayyal” likes peace and quiet to live with the herds withdrawn. An educational and telling picture.

Isaiah may prophesy through God’s Spirit about the blossoming desert and God’s coming to redeem and, “… then shall the lame man leap like a deer / “ayyal” …” (Isaiah 35:6). This prophetic image points to the promise that one day the helpless weak will be agile, swift, and victorious, through God’s promised salvation. That’s God’s future …

Habakkuk also used the image of a deer / “ayyal” in a penetrating way. This prophet groaned under the heavy burden of the evil that would befall Israel because of unfaithfulness to God (Habakkuk 1:1-11). He learned to bring that immense burden of not understanding and questioning to God, and also to surrender to Him. That trusting surrender to God taught him – in the midst of that distress – to pray: “… I will quietly wait for the day of trouble… God, the Lord, is my strength; He makes my feet like the “ayyalot”[1] / deer’s …” (Habakkuk 3:1; 16-19). Habakkuk’s prayer teaches us in times of difficulty and distress to be praying like an agile leaping “ayyal” / deer, safe in the Lord, the Rock.

Unfortunately, the deer was chased a lot to places with little food. This image sees the mourning Jeremiah and he complains about Jerusalem ravaged by her own guilt. “Her princes have become like deer / “ayyalim”1) that find no pasture …” (Lamentations 1:6). Due to all kinds of circumstances, one can end up in a desert area without meadow and water. Sadness, illness, worry and so many other things can bring us to a state of aridity and dryness. But everywhere and always the Lord hears the one crying to Him in prayer like a tired thirsty deer: “As a deer / “ayyal” pants for flowing streams, so pants my soul for you, O God.” (Psalm 42:2).